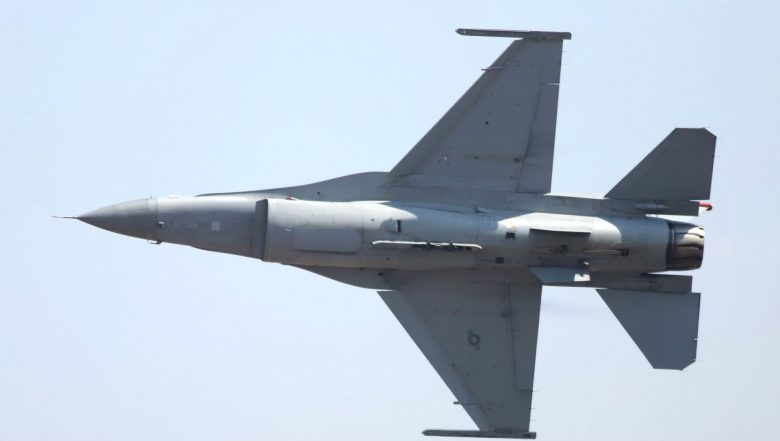 Los Angeles, May 17: An F-16 fighter jet returning to March Air Reserve Base in Moreno Valley of California in the US has crashed into a building after its pilot was ejected, the media quoted base officials as saying. F-16 Fighter Jet Crashes Into California Building, Pilot Ejects Safely.

The jet slammed into the side of a commercial building off the base, on Van Buren Boulevard, about 3.45 p.m. on Thursday, March Air Reserve Base Deputy Fire Chief Timothy Holliday was quoted as saying.

An F-16 crashed into a commercial building on Opportunity Way on March ARB in Riverside this afternoon. Pilot alive, all warehouses workers accounted for. Waiting for update on fire. MM

The Riverside County Sheriff's Department confirmed on Twitter that the crash occurred around Van Buren and the 215 Freeway, Xinhua news agency reported. The pilot was ejected and being medically evaluated.

"Multiple agencies responding. Please stay out of area and clear emergency vehicles," the department tweeted. Details on the crash and the pilot's condition have not been disclosed. Authorities did not have details on any other injuries.