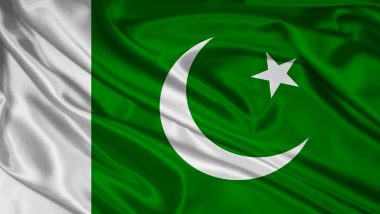 The FATF in a statement said, “It will take action, which could include the FATF calling on its members and urging all jurisdiction to advise their FIs (financial institutions) to give special attention to business relations and transactions with Pakistan.” Pakistan to Stay on FATF's Grey List Till June 2020.

FATF: FATF strongly urges Pakistan to swiftly complete its full action plan by June 2020. Otherwise, significant & sustainable progress especially in prosecuting and penalising TF not be made by the next Plenary. 2/3 https://t.co/rAhu1EjUww

The FATF on Friday gave Pakistan some more time until June to achieve full compliance with its 27-point action plan and secure exit from its grey list failing which it could slip into the blacklist. The plenary session of the organisation took place in Paris from February 16 to 21. FATF to Evaluate Pakistan's Actions on Curbing Terror Financing.

As per sources, based on this legal framework, Pakistan's performance would be judged in the next FATF plenary in October 2020. FATF, in 2018, had placed Pakistan on the grey list and the watchdog has already granted Islamabad an extension till February 2020 during a meeting in October last year.

(The above story first appeared on LatestLY on Feb 21, 2020 09:25 PM IST. For more news and updates on politics, world, sports, entertainment and lifestyle, log on to our website latestly.com).