IBM Lays Off 'Thousands' of Employees as COVID-19 Hits Business

Arvind Krishna-led tech giant IBM has joined the league of companies who have started firing employees in tough Covid-19 times. The company confirmed the lay offs in a statement given to the media late Friday. 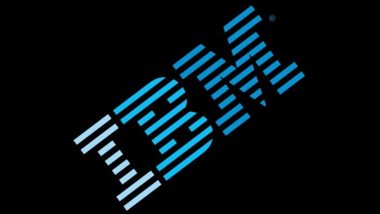 San Francisco, May 24: Arvind Krishna-led tech giant IBM has joined the league of companies who have started firing employees in tough Covid-19 times. The company confirmed the lay offs in a statement given to the media late Friday.

"Recognizing the unique and difficult situation this business decision may create for some of our employees, IBM is offering subsidized medical coverage to all affected US employees through June 2021," said a company spokesperson. APSRTC Lays Off Over 6,200 Contract Employees, Cites Financial Crisis Due to COVID-19 Lockdown.

"While we always consider the current environment, IBM's workforce decisions are in the interest of the long-term health of our business," said the company, adding that the "highly competitive marketplace requires flexibility to constantly remix high-value skills".

IBM, however, did not disclose how many workers are affected but media reports said thousands of employees are set to lose jobs in at least five

The company will cut some salaries through October 31, with executives taking pay cuts of 20 to 25 per cent.

According to Patrick Moorhead, principal analyst at Moor Insights & Strategy, he is hearing it's a balancing act between business units.

"IBM is moving as many resources as it can to the cloud. Essentially, you lay off some of the people without the skills you need and who can't be re-educated and you bring in people with certain skill sets. So not a net reduction in headcount," Moorhead told TechCrunch.

(The above story first appeared on LatestLY on May 24, 2020 12:12 PM IST. For more news and updates on politics, world, sports, entertainment and lifestyle, log on to our website latestly.com).