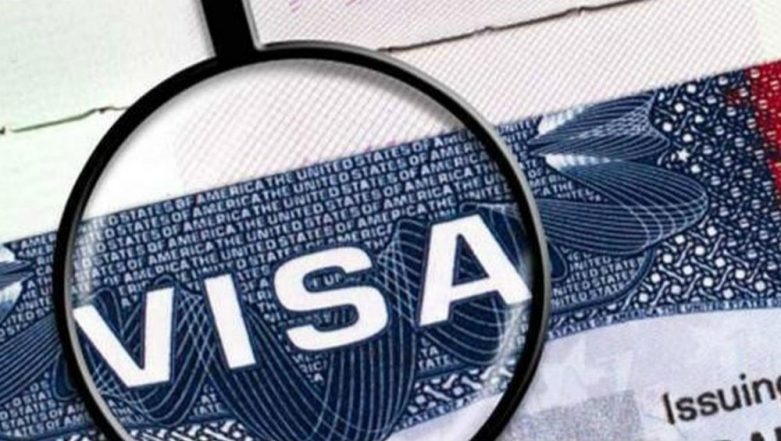 Islamabad, August 29: Authorities here have decided to start the process of issuance of visas to Sikh pilgrims from India and around the world to attend the 550th birth anniversary of Baba Guru Nanak in Nankana Sahib, on September 1.

The decision was taken during a meeting of the Religious Tourism and Heritage Committee (RTHC) chaired by Punjab province's Governor Chaudhry Sarwar in Lahore on Wednesday, Dawn reported. After the meeting, the governor told media persons that the visa process for the Sikh pilgrims would start on September 1 and completed by the end of the month. Kartarpur Corridor Will Be Opened in November on Guru Nanak Dev’s 550th Birth Anniversary: Pakistan.

He said work on setting up a "tent city" in Nankana Sahib, the birthplace of Guru Nanak, would begin next week. In addition, funds had been provided for completion of the road from Sucha Sauda to Nankana Sahib and work on the project would begin shortly, he noted.

The governor also said that a number of Sikh pilgrims would arrive from the UK, the USA and other countries to attend the convention."Pakistan will complete the corridor project by November regardless of India's willingness to work on it or not," Sarwar said. He further stressed that Pakistan would not compromise on the rights of minorities residing in Pakistan, adding, "Pakistan is a safe country for the minorities."Special shuttle service will be launched from the railway station to the birthplace of Baba Guru Nanak.

Last week, Special Assistant to the Prime Minister on Information and Broadcasting Firdous Ashiq Awan said that the opening of Kartarpur corridor will remain on track irrespective of Pakistan's ties with India over the Kashmir crisis.

Awan further assured that doors will remain open to Sikh pilgrims visiting Darbar Sahib Kartarpur in Pakistan in connection with the upcoming 550th birth anniversary of Baba Guru Nanak. The historic corridor will be inaugurated in November this year, she was quoted as saying.