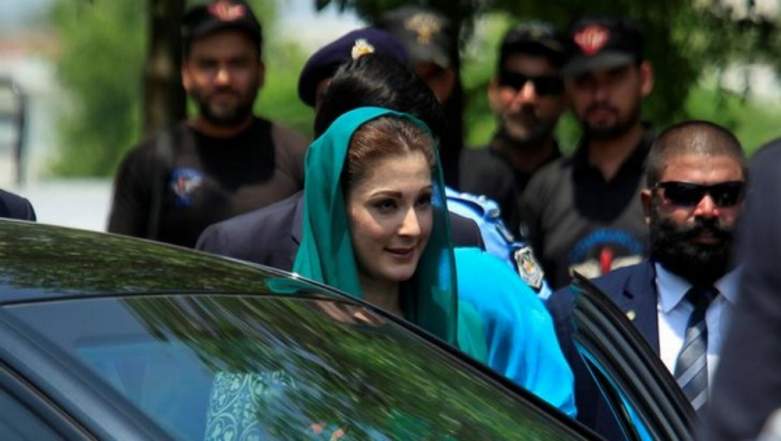 Maryam Nawaz and Abbas were presented in court a day after their arrest by the National Accountability Bureau (NAB) in the Chaudhry Sugar Mills case. Special Assistant to the Prime Minister on Accountability, Shahzad Akbar, said the Sharif family had used Chaudhry Sugar Mills for money-laundering and illegal transfer of its shares. Pakistan Ex-PM Nawaz Sharif's Daughter Maryam Arrested in Graft Probe.

Akbar said that the mill's shares were transferred in 2008 to Maryam Nawaz, who later transferred some seven million of them to Abbas in 2010, according to reports.

Maryam Nawaz is accused of not being able to explain the shares of the sugar mill which is worth millions. The NAB had requested a 15-day physical remand but the court approved a 12-day physical remand of the two accused, the Express Tribune reported.

Maryam Nawaz was arrested at Lahore's Kot Lakhpat Jail on Thursday when she was visiting her incarcerated father. Pakistan Muslim League - Nawaz (PML-N) leader Hamza Shehbaz, the son of opposition leader Shehbaz Sharif, was also present in the court in relation to the Ramzan Sugar Mills case.

A scuffle broke out between PML-N workers, who had gathered outside the court premises and police personnel as Maryam Nawaz was escorted to the hearing earlier in the day. Enraged PML-N workers were seen pelting stones at the police, with at least one policeman reportedly injured in the ensuing chaos.