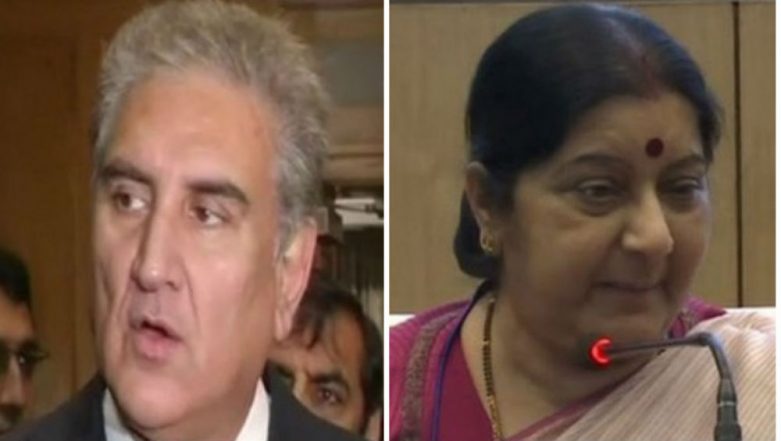 Islamabad, February 27: Pakistan Foreign Minister Shah Mehmood Qureshi on Wednesday said that he will not attend the upcoming Organisation of Islamic Cooperation (OIC) meet in Abu Dhabi due to Indian External Affairs Minister Sushma Swaraj's presence at the conclave as the "guest of honour".

India has been invited for the very first time to attend the foreign ministers' conclave in Abu Dhabi next month where Sushma Swaraj will be the "guest of honour". US Asks Pakistan to Take Meaningful Action Against Terrorist Groups Operating in its Soil, Appeals to India to Maintain Peace.

Speaking to Geo News, Qureshi said: "I have spoken to the United Arab Emirates (UAE) Foreign Minister and have expressed my reservations over her (Sushma Swaraj) invitation. I have made myself clear that India has shown aggression.

"Under the current circumstances, it will not be possible for me to attend OIC meeting where Sushma Swaraj is present."

Indian Foreign Secretary Vijay K. Gokhale told the media that the IAF strikes killed "a very large number" of terrorists and their trainers.

Leaders from opposition parties demanded the government Pakistan to boycott the OIC meeting in the wake of the IAF attack.