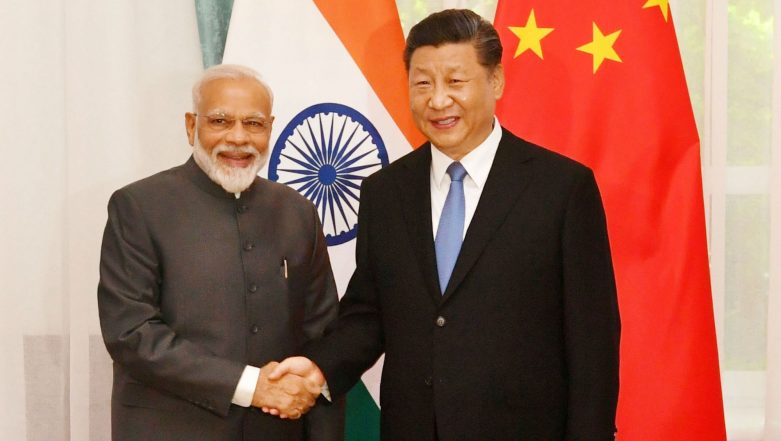 The Prime Minister said India had made efforts to build cordial relations with Pakistan but those were "derailed", Foreign Secretary Vijay Gokhale told media persons after the meeting between Modi and Xi on the sidelines of the Shanghai Cooperation Organisation (SCO) Summit.

"There was a brief discussion," Gokhale said when asked whether Pakistan and terrorism emanating from there figured in the talks between Modi and Xi.

The Prime Minister stated that India's position has been consistent that it wants peaceful relations with Pakistan, the Foreign Secretary said. Modi underlined to Xi that Pakistan "needs to create an atmosphere free of terror, but as of now we don't see it happening." PM Narendra Modi to Meet China's President Xi Jinping On Sidelines of SCO Summit 2019.

The clear message given by Modi to Xi assumes significance against the backdrop of the consistent efforts made by China, which considers itself as "all-weather friend" of Pakistan, to stall an international attempt to proscribe chief of Pakistan-based terror outfit Jaish-e-Mohammad Masood Azhar by the UN Security Council till recently. China, one of the five permanent members of the UN Security Council, finally relented to allow the world body to sanction Azhar on May 1.