People in Pakistan Desperate to Get Freedom and Join Indian UTs of Jammu & Kashmir and Ladakh: Mirpur Activist Amjad Ayub Mirza at UNHRC 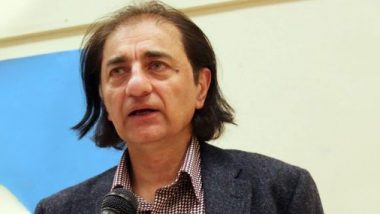 Geneva/New Delhi, September 18: A prominent rights activist from Mirpur at the UN Human Rights Council in Geneva said that people in Pakistan occupied Jammu & Kashmir (PoJK) were desperate to get freedom and join the Indian union territories of Jammu & Kashmir and Ladakh. At the eighth meeting of 45th regular session of the UNHRC's expert mechanism on the right to development, Amjad Ayub Mirza, who heads the UK-based rights group Center for Environmental and Management Studies recalled that Pakistan attacked his homeland, Mirpur on October 22, 1947.

"But the world has turned a blind eye to our history and our ongoing sufferings under the Pakistani occupation. My people are desperate to get freedom from Pakistan and join Jammu and Kashmir and Ladakh union territories of India." Living in exile in the UK, Mirza while making a presentation at the UNHRC in Geneva said that for the past 70 years his people have been urging the UN to address the case of PoJK. "However the world seems to have been hypnotised by the fake narratives spun by the Pakistani government," he added. India Lodges Strong Protest With Pakistan Over Vandalism of Buddhist Carvings in PoK's Gilgit-Baltistan.

Under the CPEC, he said, the rivers of PoJK are being diverted for hydro-power projects, causing water shortages adding that the projects forever could destroy the ecology of our region."Scores of young men from Gilgit-Baltistan are serving 70 to 90 years of imprisonment for protesting against the plunder of our natural resources. Anti-terrorism laws are used as a tool to crush any dissent. Our women refused to take cover even during cross border firing on the Line of Control because Pakistani soldiers in the bunkers molest them," Mirza argued in an impassioned speech. He demanded that the UN should address the desperation of his people to get freedom from Pakistan.

Several rights activists from PoJK have been critical of the polls, arguing that Khan's objective is to establish a government of its own choice through elections and subsume in Gilgit-Baltistan. Under the current circumstances, free and fair elections in Gilgit are impossible because of the colonial Schedule IV and Anti-Terrorism Act which are used to crush civil dissent by arresting people and censoring them if they express their political views, activists have argued.

(The above story first appeared on LatestLY on Sep 18, 2020 03:19 PM IST. For more news and updates on politics, world, sports, entertainment and lifestyle, log on to our website latestly.com).