Saudi Crown Prince Mohammed bin Salman has unveiled a new five-year economic strategy aimed at achieving the Kingdom's 'Vision 2030' goal to diversify the economy away from dependence on oil, the media reported. 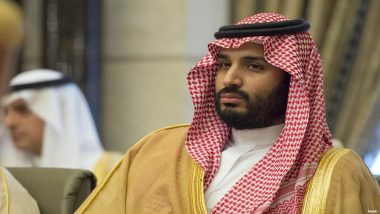 In a statement on Sunday, the Crown Prince said the Public Investment Fund (PIF) will pump at least $40 billion a year into the local economy, double its assets to $1.07 trillion, contribute $320 billion to non-oil GDP and create 1.8 million jobs by 2025, Arab News reported.

According to Mohammed bin Salman, the 2021-2025 strategy will "represent a major pillar in achieving the aspirations of our country and aims to achieve the concept of comprehensive development".

(The above story first appeared on LatestLY on Jan 25, 2021 09:57 AM IST. For more news and updates on politics, world, sports, entertainment and lifestyle, log on to our website latestly.com).