Hundreds of flights have been cancelled, while roads and bridges have been closed as the worst storm in seven years barrelled towards the UK, a media report said on Sunday. 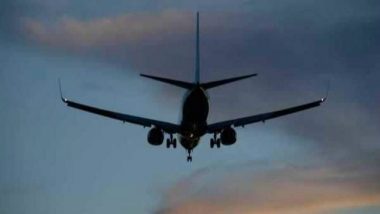 London, February 9: Hundreds of flights have been cancelled, while roads and bridges have been closed as the worst storm in seven years barrelled towards the UK, a media report said on Sunday.

Storm Ciara is expected to make landfall on Sunday evening, bringing with it 80mph winds and heavy rain, the Metro newspaper said in the report.

London's Heathrow airport announced that it had taken a joint decision with its airline partners to "consolidate" Sunday's flight schedule, in a bid to minimise the number of journeys cancelled. Tropical Cyclone Damien Hits Northwest Australia.

Flag carrier British Airways said it was offering flexible rebooking options for all customers on domestic and European flights flying to and from Heathrow, Gatwick and London City on Sunday, amid widespread cancellations.

As well as grounding short-haul flights, long-haul services to the US, Dubai and Canada will not operate.

Other airlines have also reduced services coming in and out of Glasgow, Liverpool John Lennon and Manchester airports, with thousands of passengers expected to be affected. Virgin Atlantic have warned of similar disruptions, with people being urged to check their flight status online before heading to the airport.

Trains and ferries have also been cancelled and drivers have been urged to avoid the roads unless it was absolutely necessary.

Forecasters have warned the impacts of Ciara "will be felt across the whole of the UK" when it reaches England and Wales tomorrow, with a month's worth of rain expected to fall in one day, the Metro newspaper reported.

The aggressive weather conditions have triggered the most widespread amber warning since records began. The Met Office say there is a risk of danger to life from towering waves, flying debris and treacherous road conditions.

The severity of the storm has seen major events cancelled, including the London Winter Run which was due to be attended by 25,000 people. London's eight Royal Parks, which include Hyde Park and Regent's Park, will also close on Sunday

(The above story first appeared on LatestLY on Feb 09, 2020 01:17 PM IST. For more news and updates on politics, world, sports, entertainment and lifestyle, log on to our website latestly.com).