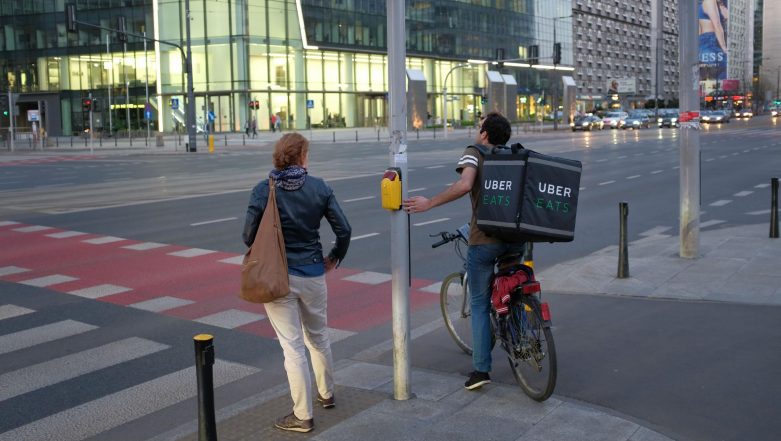 Marseille, July 3: Uber Eats has changed the colour of the logo that will appear on Marseille shirts next season to placate the club's fans. In the company logo the word 'eats' is green, but that is the colour of one of Marseille's hated rivals, Saint-Etienne. Uber Eats to Start Testing Drone Delivery.

Fans responded to news of the sponsorship with a campaign on social media and with a banner hanging from a bridge over one of the main streets of the city demanding "no green on our shirts".

"Partner of all those who love OM, Uber Eats will be displayed in black on the jersey," tweeted the company on Wednesday, with a picture of the club's jersey with both 'Uber' and 'eats' in black.