Ukraine has lost its financial independence as it cannot meet its obligations to its citizens without Western help, Russian State Duma Speaker Vyacheslav Volodin wrote on Monday, media reports said. 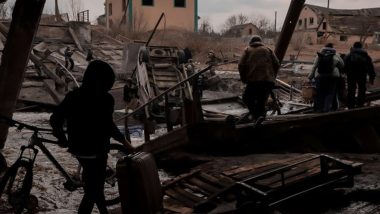 "Ukraine is bankrupt," he said. The same numbers were reported on Friday by the Wall Street Journal. In the speaker's opinion, "without the help of Washington and Brussels, Kiev can no longer fulfill its obligations to citizens", RT reported. "Ukraine has lost its financial independence," Volodin concluded.

On Monday, the Ukrainian government introduced draft legislation to abolish preferential taxation on fuel. An explanatory note on the Rada's website says that "there is a significant shortage of funds for financing the road industry." The legislation is poised to create "during the period of martial law" conditions "for the proper functioning of the economy" and increased budget revenue through excise duties.

In a recent interview with RBC Ukraine, Finance Minister Sergey Marchenko said that next year's budget will be "extremely tight" due to "war conditions." "There will be no expenses that will not be reviewed," he said, RT reported.

According to Oleg Ustenko, a presidential adviser on economic issues, Ukraine's state budget deficit is expected to reach $50 billion by the end of the year. That is about 30-35% of the country's GDP, he said in a TV interview last month, adding that "this is a problem of war."

(The above story first appeared on LatestLY on Aug 15, 2022 10:25 PM IST. For more news and updates on politics, world, sports, entertainment and lifestyle, log on to our website latestly.com).