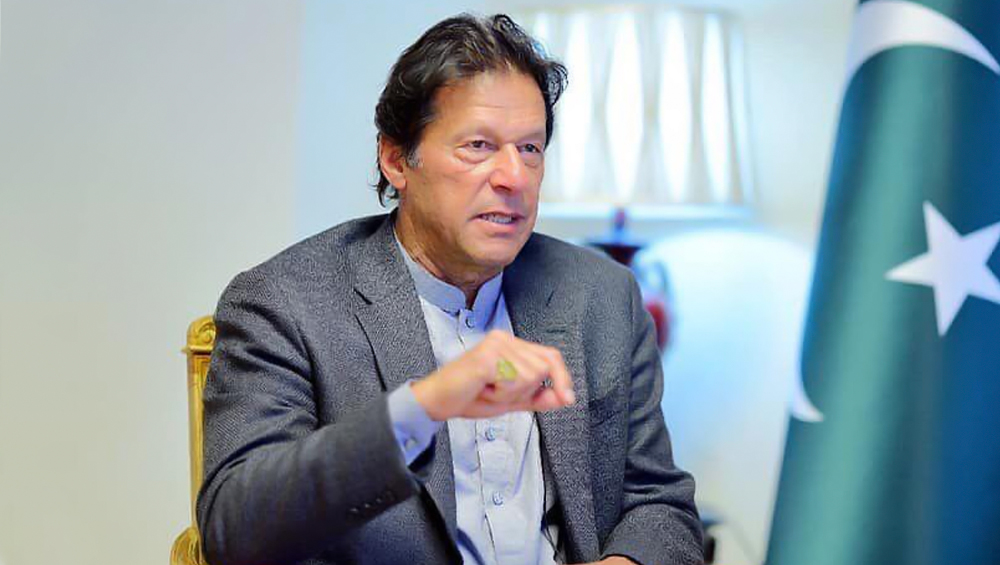 New York, December 15: Asserting that religious freedom in Pakistan continues to “deteriorate” under the leadership of Prime Minister Imran Khan, United Nations’ Commission on the Status of Women (CSW) has said that discriminatory legislation by the Pakistan Tehreek-e-Insaf government has empowered people with “extremist mindsets” to carry out attacks on religious minorities.

In its 47-page report titled, ‘Pakistan-Religious freedom under attack’, released in December, the CSW, a commission of the United Nations Economic and Social Council, has expressed concerned over the increasing “weaponisation and politicisation” of the blasphemy laws and the anti-Ahmadiyya legislation which are being used by Islamist groups not only to persecute religious minorities but also to gain political ground.

The commission said that Christian and Hindu communities in the Islamic nation are “particularly vulnerable”, especially women and girls. Pakistan Furthers Tirade Over CAB, Minister Sheikh Rashid Says 'Our Responsibility to Stand With Muslims of India and Kashmir'.

“Each year hundreds are abducted and forced to convert and marry Muslim men. Victims have little or no hope of being returned to their families due to the serious threats and intimidation from abductors against the girls and their families. This is compounded by the lack of police will to take action, weaknesses in the judicial process and discrimination from both police and judiciary towards religious minority victims,” the report read.

The commission has cited several prominent examples to substantiate that minorities in the country are portrayed as second class citizens.

In May 2019, Ramesh Kumar Malhi, a Hindu veterinary surgeon from Mirpurkhas in Sindh, was accused of blasphemy for wrapping medicines in pages containing verses from the Qur’an. Protestors burned down the veterinary’s clinic and other shops belonging to the Hindu community.

The commission contended that blasphemy laws in Pakistan, which criminalise anyone who insults Islam, are often misused to lodge false cases against the religious minorities and are a “source of controversy and suffering”.

“The prolonged misuse of the blasphemy laws over the last three decades, combined with the rise of extremism, has had a damaging normative impact on social harmony. The sensitive nature of blasphemy cases serves to heighten religious fervour and has created an environment of mob violence in which people take matters into their own hands, often with fatal consequences,” the report read.

The CSW stated that cases of forced marriages and forced conversions are prevalent among Christian and Hindu girls and women, particularly in the Punjab and Sindh Provinces. Many victims are girls under the age of 18 years. Hindu girls and women who are systematically targeted because they come from lower economic backgrounds in rural areas, and are generally under-educated.

The CSW in its report said that it had interviewed children from religious minorities in 2017. According to the report, the children admitted that they were “routinely subjected to severe physical and psychological ill-treatment, including being segregated, bullied, teased, insulted and beaten on multiple occasions, by both teachers and classmates”.

The commission also said that human rights defenders in Pakistan face constant threats and intimidation from multiple sources, including the state and non-state actors.

“HRDs are subject to harassment, targeted attacks and enforced disappearance, with little protection provided by the government,” it read.

The CSW has asked the Pakistan government to take more effective steps to prevent sectarian violence and to hold the perpetrators of religious attacks to account.