US Unemployment Rate Slightly Dips to 3.8% in February 2022

US employers added 678,000 jobs in February as the Omicron-fuelled Covid-19 surge fades, with the unemployment rate slightly dropping to 3.8 per cent, the Labour Department reported. 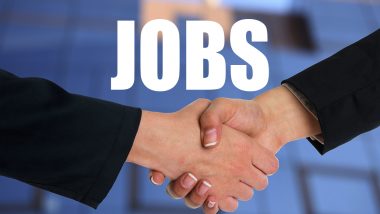 Washington, March 5: US employers added 678,000 jobs in February as the Omicron-fuelled Covid-19 surge fades, with the unemployment rate slightly dropping to 3.8 per cent, the Labour Department reported. Job growth was widespread, led by gains in leisure and hospitality, professional and business services, health care, and construction, according to the report released on Friday by the Department's Bureau of Labour Statistics (BLS).

Average hourly earnings for all employees on private non-farm payrolls, at $31.58 dollars in February, were "little changed" over the month, after large increases in recent months, the BLS report showed. Over the past 12 months, average hourly earnings have increased by 5.1 per cent. Urban Unemployment Rate at 6.9% in 2019–20, Says Union Minister of State Rameswar Teli.

Persistently high inflation and a tight job market have prompted the Federal Reserve to signal in January that it was ready to begin a series of interest rate hikes in March as it exited from the ultra-loose monetary policy enacted at the start of the pandemic.

Two days prior to the release of the monthly employment report, Federal Reserve Chairman Jerome Powell already reaffirmed the central bank's plan to raise interest rates in the upcoming policy meeting, noting that he is inclined to support a 25-basis-point rate hike.

The latest BLS report showed that the labour force participation rate, at 62.3 per cent in February, changed little over the month. It remains below its pre-pandemic level of 63.4 per cent.

It also showed that the unemployment rate slightly dropped by 0.2 percentage points to 3.8 per cent in February, after ticking up by 0.1 percentage point in January. This measure was down considerably from its recent high in April 2020 but remained above the pre-pandemic level of 3.5 per cent.

The number of unemployed persons edged down to 6.3 million, after increasing to 6.5 million in previous month, the report showed, adding that the number remained above the pre-pandemic level of 5.7 million.

Among the unemployed, the number of permanent job losses changed little and stayed at 1.6 million in February. The number of persons on temporary layoff totalled 888,000 in February, also little changed over the month.

Earlier this week, payroll data company Automatic Data Processing (ADP) reported that private companies in the US added 475,000 jobs in February. Employers added 509,000 jobs in January amid Omicron surge rather than slashing 301,000 workers as was initially reported.

Initial jobless claims in the US last week fell by 18,000 to 215,000, recording its second consecutive weekly decline after ticking up in the previous week amid the Omicron surge, the Labor Department reported on Thursday.

(The above story first appeared on LatestLY on Mar 05, 2022 12:43 PM IST. For more news and updates on politics, world, sports, entertainment and lifestyle, log on to our website latestly.com).