As part of the multi-year agreement, Badshah will partner exclusively with UMG across all elements of his career. 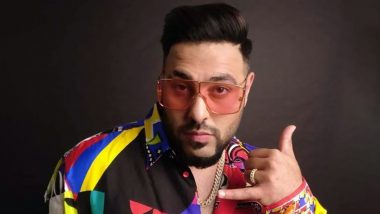 Rapper Badshah has inked an exclusive global agreement with renowned entertainment company Universal Music Group (UMG). As part of the multi-year agreement, Badshah will partner exclusively with UMG across all elements of his career. This includes future recordings, music publishing rights for non-film compositions, brand licensing and partnerships. Badshah: I Feel Super Happy When People Do Stuff on Reels and Covers with My Song.

The 35-year-old singer, known for hit tracks such as "Paani Paani", "Genda Phool", "Heartless", "DJ Waley Babu" and "Mercy", said he is excited to begin a "new episode" of his life. "It's time for Indian music to enter the global soundscape and we are standing at a revolutionary juncture for the entire music scene. Indian culture has music in its blood, from its melodies to its instruments," Badshah said in a statement. Unwind With MTV: Lucky Ali, Sonu Nigam, Badshah to Treat Fans With Their Mesmerizing Performances in Upcoming Music Show.

"I want to make music for everybody and bring the vibrance of India to the world with my music and I am happy to partner with the UMI team that shares the same agenda of global representation. I am someone purely driven by the power of dreams and the game plan with the teams at Universal Music is to bring all of them to life," he added.

According to UMG, Badshah will be collaborating with some of the world's most influential and popular artists from around the world and his first tracks from the deal will be released later this year. Lucian Grainge, Universal Music Group, Chairman & CEO, said the company has always embraced musical pioneers and is deeply committed to supporting artist culture from around the world.

"We are delighted to partner with Badshah, one of India's most respected and popular artists, for the next phase of his career, as we put the weight of our global company behind him to introduce his music to new audiences worldwide," he added. Devraj Sanyal, MD & CEO at Universal Music India & South Asia, hailed Badshah as the one of the "greatest pop star" from India and said that UMG will help him navigate his next chapter of his career. "I'm confident that India's time has come and that Badshah will lead the way for Indian music to reach a highly exciting global streamscape," he added.