BAFTA 2022: Dune, The Power of the Dog and Belfast Lead the Nominations; Here’s the Full List of Nominees

According to the British Academy, the nominations include 48 films, just slightly down from the 50 titles in 2021. In the performance categories, 19 of 24 nominees are receiving their first BAFTA film nomination, whereas in the directing category, there's an equal split between female and male directors. 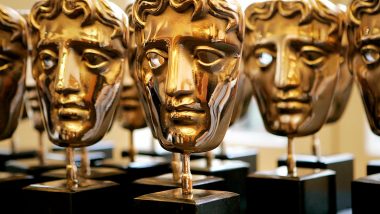 Starting with "Dune" doing exceedingly well, there were surprises aplenty during the nominations as films like Maggie Gyllenhaal's "The Lost Daughter", Nicole Kidman-starrer "Being The Ricardos", Andrew Garfield's musical "Tick Tick … Boom!" and Ethan Coen's "Macbeth" were snubbed in major categories.In the best film race, "Dune" is joined by Adam McKay's "Don't Look Up”, "Belfast", “Licorice Pizza” and “The Power of the Dog”.

Lady Gaga ("House Of Gucci") leads the best actress category, where Alana Haim ("Licorice Pizza"), Emilia Jones ("Coda"), Renate Reinsve ("The Worst Person In The World"), Joanna Scanlan ("After Love") and Tessa Thompson ("Passing") are also set to vie for the trophy. Olivia Colman, the lead star of "The Lost Daughter", and Kidman failed to secure a spot in the category.

In the best actor category, Cumberbatch will go up against Mahershala Ali (“Swan Song”), Leonardo DiCaprio (“Don't Look Up”), Stephen Graham (“Boiling Point”), Will Smith (“King Richard”) and Adeel Akhtar (“Ali & Ava”).Garfield and Washington, who received unanimous praise for their performances in Lin Manuel Miranda's "Tick Tick... Boom!" and "Macbeth, respectively, were overlooked in the category.

There were many surprises in the best director category as Branagh and Villeneuve failed to make the cut despite multiple nominations for their films, whereas Ryusuke Hamaguchi found a spot for his Japanese feature film "Drive My Car". The Japanese filmmaker is nominated alongside Campion, Anderson, Aleem Khan (“After Love”), Audrey Diwan (“Happening”) and Julia Ducournau ("Titane”). However, both Branagh and Villeneuve are nominated in the screenplay categories.

According to the British Academy, the nominations include 48 films, just slightly down from the 50 titles in 2021. In the performance categories, 19 of 24 nominees are receiving their first BAFTA film nomination, whereas in the directing category, there's an equal split between female and male directors.Overall, there's an increase in the number of female directors nominated in total across all categories, up to 12 versus the eight in 2021. Rebel Wilson will be hosting the 2022 ceremony, which will take place at the Royal Albert Hall on March 13.