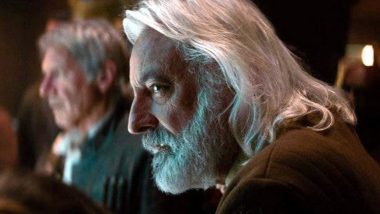 Washington D.C. [USA], Apr 1: 'Star Wars' actor Andrew Jack has died from COVID-19 related health complications on Tuesday, reported Deadline.According to the 76-year-old actor's agent Jill McCullough, he died at a hospital located in Chertsey."Andrew lived on one of the oldest working houseboats on the Thames, he was fiercely independent but madly in love with his wife, also a dialect coach," Deadline quoted McCullough as saying. James Gunn Reveals Star Wars Franchise Doesn't Interest Him as a Filmmaker.

Jack's wife Gabrielle Rogers took to Twitter to express sorrow over the demise of her husband."We lost a man today. Andrew Jack was diagnosed with Coronavirus 2 days ago. He was in no pain, and he slipped away peacefully knowing that his family were all 'with' him. Take care out there, lovers," she tweeted.

Jack was also a dialect coach along with being an actor.He has worked with actors on films like 'Men in Black: International', 'Thor: Ragnarok', 'The Lord of the Rings trilogy' and two 'Avengers' movie.