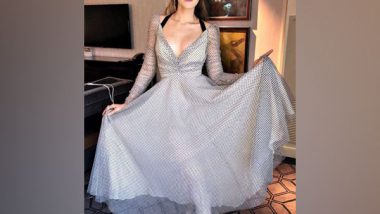 The 'Gossip Girl' alum, uploaded a photo of her and her dad to her Instagram Story on Thursday and used a heart emoji. In the photo, Ernie could be seen kissing Blake's head. Ryan also shared the same photo on his Instagram Story.

The 'Turner and Hooch actor died of cardiac complications at the age of 74, last week in Los Angeles, according to The Hollywood Reporter. As per the outlet, he was surrounded by his wife, Elaine, and all of his children.

Ernie also appeared in two of 'Sisterhood of the Traveling Pants' films and 'The Duke of Hazzard'.

Born Ernest Brown Jr. in Baltimore, Ernie was not only an actor but was previously an English professor and served as a lieutenant in Vietnam. In addition, he taught actors and became a well-respected mentor, THR reported.

Ernie and Elaine tied the knot in 1979. In addition to Blake, they share son Eric Lively. He was also step-father to Robyn, Lori and Jason. (ANI)