Actor Lana Condor, widely known for the popular film franchise 'To All the Boys I've Loved Before', is teaming up with Randall Park for her next project. 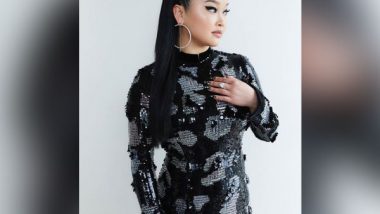 Washington [US], July 22 (ANI): Actor Lana Condor, widely known for the popular film franchise 'To All the Boys I've Loved Before', is teaming up with Randall Park for her next project.

As per The Hollywood Reporter, the upcoming project titled 'Take Out' will see Condor starring as a crime-fighting chef in an action-comedy series.

'Take Out' is a half-hour action-comedy in early development at Hulu. Park and Michael Golamco, who previously penned Netflix's 'Always Be My Maybe' together with Ali Wong, will write the pilot. 20th Television is the studio.

In 'Take Out', Iris (Condor) struggles to balance her personal life with her restaurant job -- and her secret mission of destroying an evil crime syndicate determined to take over New York City.

The series is described as a genre-bender that "takes an irreverent look at the modern-day relationship comedy while also deconstructing one-dimensional tropes from martial arts pop culture."

Condor will serve as an executive producer alongside Park, Golamco and Hieu Ho, whose Imminent Collision banner has a first-look deal with 20th TV.

"We're so thrilled to be working with Lana on a show that combines our shared passion for romantic comedies and hard-hitting action," the Imminent Collision trio said in a joint statement.

"Love has the tendency to kick our asses. So we thought, why not a show about love and kicking ass? Thank you to Hulu for seeing this vision and their incredible support," the trio added.

Condor also has projects in the works at two other streamers. She is reteaming with Netflix to star in and executive produce the comedy limited series 'Boo, Bitch', and she's now in production on the Berlanti Productions sci-fi rom-com film 'Moonshot' opposite Cole Sprouse for HBO Max. (ANI)