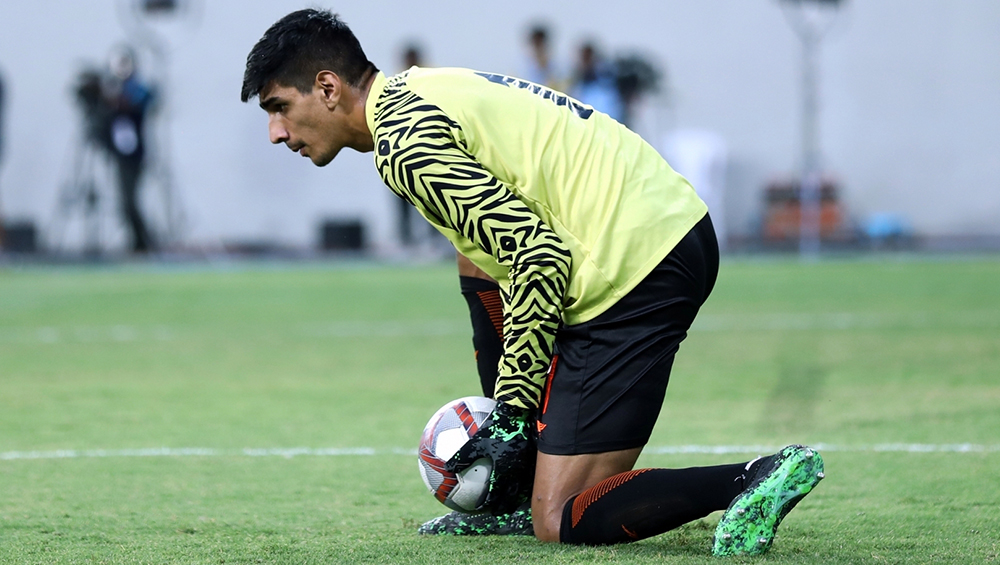 "He has evolved like anything since then. His stint with Stabaek, according to me, was the turning point in his career. He is a completely different goalkeeper at the moment," he added. Nandy is currently the goalkeeping coach of the North East United Football Club said the 27-year-old Sandhu should compete in J-League or any top Asian country in order to succeed. Gurpreet Singh Sandhu Praises Indian Football Team After Tie Encounter in FIFA World Cup 2022 Qualifiers, Says ‘Everyone Played Their Hearts Out Against Qatar’.

"I feel he should seriously contemplate pursuing his career in J-League or any top Asian country, or maybe another European country to prosper. That would make him richer as a player," said Nandy. The Blue Tigers are currently attending a preparatory camp in Guwahati for the forthcoming match against Bangladesh. Both the teams will face each other at Salt Lake Stadium, Kolkata on October 15."He is a changed personality since 2011. His self-confidence has gone from strength to strength with each match and hopefully, he'll carry it forward for some good years ahead," Nandy said.

The Indian team last played a goalless draw against AFC Asian Cup Champions Qatar, in which Sandhu showcased a clinical performance, in the FIFA World Cup 2022 Qualifiers. Indian coach Igor Stimac had summoned 29 players for the preparatory camp initially, but Jerry Lalrinzuala wasn't able to join the camp owing to some fitness issues.

"A goalkeeper is all about how he carries himself. His confidence defines him. I just cannot stop going back to the match against Qatar," Nandy said."An Indian goalkeeper playing that manner for a whole 90 minutes is still unthinkable. Never ever, did he take a false step, or fumble despite being under enormous pressure for the entire match. In fact, his confidence passed on to the entire team," he added.