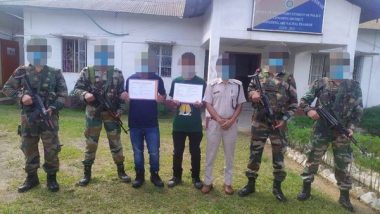 As per a tweet from the Assam Rifles, the two cadres were surrendered at Arunachal Pradesh's Longding district.

"Concerted and relentless efforts of the Assam Rifles to convince insurgent cadres to rejoin the mainstream resulted in a surrender of one active cadre each of NSCN-K (YA) & NSCN K-2 at Longding in Arunachal Pradesh," the force tweeted. (ANI)