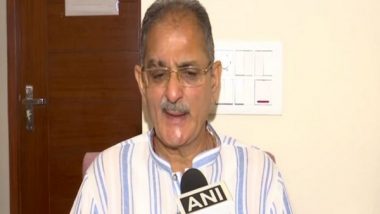 "I thank Prime Minister Narendra Modi for taking the initiative, especially after the deadlock in the political situation in Jammu and Kashmir after August 5, 2019. I hope this will give new hope to the people of the region," Gupta told ANI.

"This is obvious that there will be political discussions in the meeting. Everyone should put forth their views if it is in the national interest," he added.

This is the first high-level interaction between the Centre and political leadership mainly from Kashmir since August 5, 2019, when the Centre revoked the special status of Jammu and Kashmir and the state was bifurcated into two Union Territories.