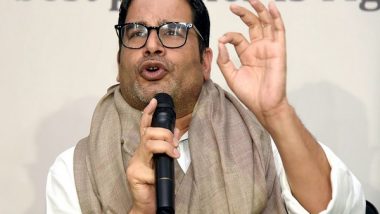 Kishor, at the same time, also predicted an "impending electoral rout" for the Congress in Gujarat and Himachal Pradesh, scheduled to go for election later this year.

Taking to Twitter on Friday, Kishor wrote, "I've been repeatedly asked to comment on the outcome of #UdaipurChintanShivir In my view, it failed to achieve anything meaningful other than prolonging the status-quo and giving some time to the #Congress leadership, at least till the impending electoral rout in Gujarat and HP!"

A three-day brainstorming session, Nav Sankalp Chintan Shivir, was held by the Congress and attended by the Gandhis and senior party leaders, to discuss the strategy for the 2024 assembly polls and the electoral challenges.

After the recent poll debacle in five states, Congress was holding negotiations with Kishor. The results of five Assembly polls came as a shock to Congress which was hoping to do well to revive its fortunes in the 2024 Lok Sabha elections and to fend off the emerging challenge from the Aam Aadmi Party (AAP) and Trinamool Congress to replace it as the fulcrum of anti-BJP politics in the country.

After declining the offer to join the Congress, poll strategist Prashant Kishor on Tuesday said that the party needs "leadership and collective will" to fix deep-rooted structural problems through transformational reforms.

Taking to Twitter, Kishor said, "I declined the generous offer of Congress to join the party as part of the Empowered Action Group (EAG) and take responsibility for the elections. In my humble opinion, more than me the party needs leadership and collective will to fix the deep-rooted structural problems through transformational reforms." (ANI)