Get latest articles and stories on India at LatestLY. Jammu and Kashmir Police arrested three hybrid terrorists of Lashkar-e-Taiba (LeT) who were linked to the killing of Goshbugh sarpach. 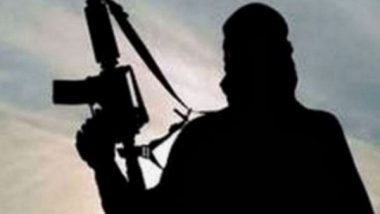 Baramulla (Jammu and Kashmir) [India], May 23 (ANI): Jammu and Kashmir Police arrested three hybrid terrorists of Lashkar-e-Taiba (LeT) who were linked to the killing of Goshbugh sarpach.

Immediately after the attack, a search operation was launched in the area and an FIR was registered at Pattan police station.

The investigation led to the apprehension of three suspects by a joint team of Baramulla Police and Army's 29 RR. Interrogation of the suspects revealed a deeper conspiracy involving an older sleeper cell of LeT which was responsible for the grenade attack in Palhallan highway last year.

"The accused arrested in that case, especially the prime conspirator, Mohd Afzal and Mehrajuddin Dar of Bandipora had already tasked multiple blindsided sleeper cells to identify and attack specific targets to spread terror and chaos. Both these have been found involved in various such web of modules and are already under arrest. This particular module had been tasked to identify and attack PRIs and other civilians and soft targets for which pistols and ammunition had been provided to the apprehended hybrid terrorists," said Jammu and Kashmir Police.

The apprehended people include Noor Mohammad Yatoo, Mohd Rafiq Parray and Ashiq Hussain Parray. All are the residents of Goshbugh, Pattan.

According to police, the three terrorists divulged the plot which was directed by LeT terrorists Yusuf Kantru and Hilal Sheikh (both killed at Malwah operation) and executed by recently infiltrated terrorists Gulzar Ganale (killed in an encounter at Bandipora) and Umar Lone of Wussan (still active and at large).

"The successful apprehension of the three terrorists and the recovery of the arms and ammunitions has solved another sensational case in Baramulla and foiled major terror plots planned in future the general area. Interrogation of the apprehended individuals is likely to give further inputs for future counter-terrorism operations," police said. (ANI)