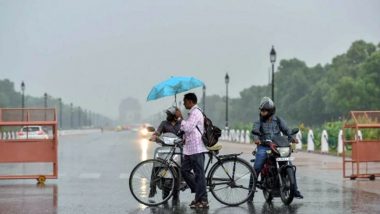 Meanwhile, Delhi-NCR is very likely to experience moderate rain with one or two spells of heavy rainfall during the evening of July 29 to July 30. The expected impact includes the disruption of traffic, waterlogging in low-lying areas and disruption of municipal services is also expected. Also Read | COVID-19 Tally in Delhi Rises to 1,32,275, Death Toll Mounts to 3,881: Live News Breaking And Coronavirus Updates on July 28, 2020.