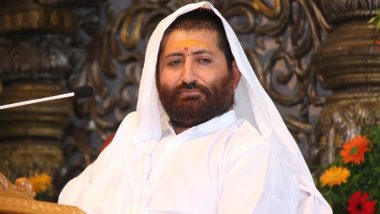 A bench of Justices DY Chandrachud and M R Shah issued a notice to Narayan Sai on the plea of the Gujarat government challenging the order of the single-judge bench of the High Court.

The top court posted the matter for further hearing after two weeks.

On June 24, the single-judge bench of the Gujarat High Court had granted furlough to Narayan Sai.

Earlier, in December 2020, he was granted furlough by the High Court owing to the ill-health of his mother. Yogendra Mehta, Self-Styled Godman, Arrested for Allegedly Raping 4 Women in His Jaipur Ashram.

Sai, also a self-styled godman is serving life sentence in a rape case filed by one of his and his father Asaram's former devotees. The sister of the victim had filed a rape complaint against Asaram.