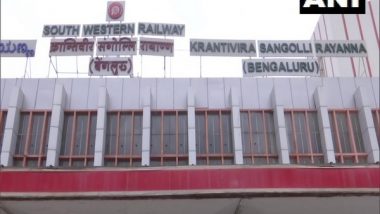 Karnataka Rail Infrastructure Development Enterprises (K-RIDE) has given the details about Bengaluru suburban rail project which will be executed in 148 km covering in and around Bengaluru.

Passengers will be able to interchange the other modes of transport such as metro, Bangalore Metropolitan Transport Corporation (BMTC) buses, and Indian railways in more than 60 percent of these stations which K-RIDE executing in 57 newly planned railway stations.

Under the project, main railway stations will connect to model connectivities in and around the city from Rajanukunte to Whitefield and Whitefield to Kengeri.

Metro station and the BMTC terminals within 500 metres from the Kengeri substation will be part of the Parijaata line as per the revised detailed project report (DPR), said the RITES.

As per Vijay Dyamannanavar, railway activist, 148 km Suburban railway track will be a major traffic knowledge control player in the upcoming days. The plan is to exchange the project to Chikballapur through Rajanukunte which will connect Ramnagar, Bangarpete, and other nearby cities and will also interconnect into the city like Mumbai.

"It was the dream comes the true project of Bangaloreans. The suburban railway project is a demand for a decade by Bengaluru and nearby cities. Former Union Minister Ananth Kumar played a major role along with Union minister Piyush Goyal in allocating this project which will solve the traffic problem. This project will provide better interconnection with the outskirts of the rural area of Bengaluru.

90 percent of the land utilized by the railway belongs to the Railway Ministry and the remaining 10 percent land will be acquired by the private holders," Vijay Dyamannanavar further added.