Get latest articles and stories on India at LatestLY. Tamil Nadu BJP Central District Chairman of the SC/ST wing, Balachandran, was allegedly murdered by three unidentified assailants in Chintadripet, a locality in Chennai on Tuesday. 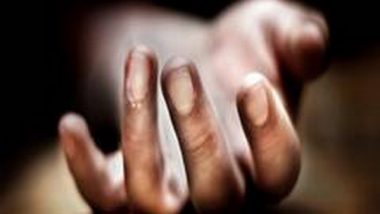 "There was also a clash between them and my son regarding a cloth shop where Pradeep and Sanjay demanded money from the shop (owner). Police should arrest them quickly," Viswanathan demanded today.

The body of the deceased was brought to the hospital for autopsy. As per State police officials, he was killed by three unknown people in Chintadripet.

Also Read | Goa: Thieves Leave Behind ‘I Love You’ Note After Stealing Valuables Worth Over Rs 20 Lakh From House in Margao.

Chennai Commissioner of Police Shankar Jiwal told reporters, "It's a murder case involving previous enmity (angle). Eyewitnesses have spoken about the incident. We have formed a special team to arrest the accused. I have come here to see if there was a lapse of any sort.."

Further probe into the matter is underway. (ANI)