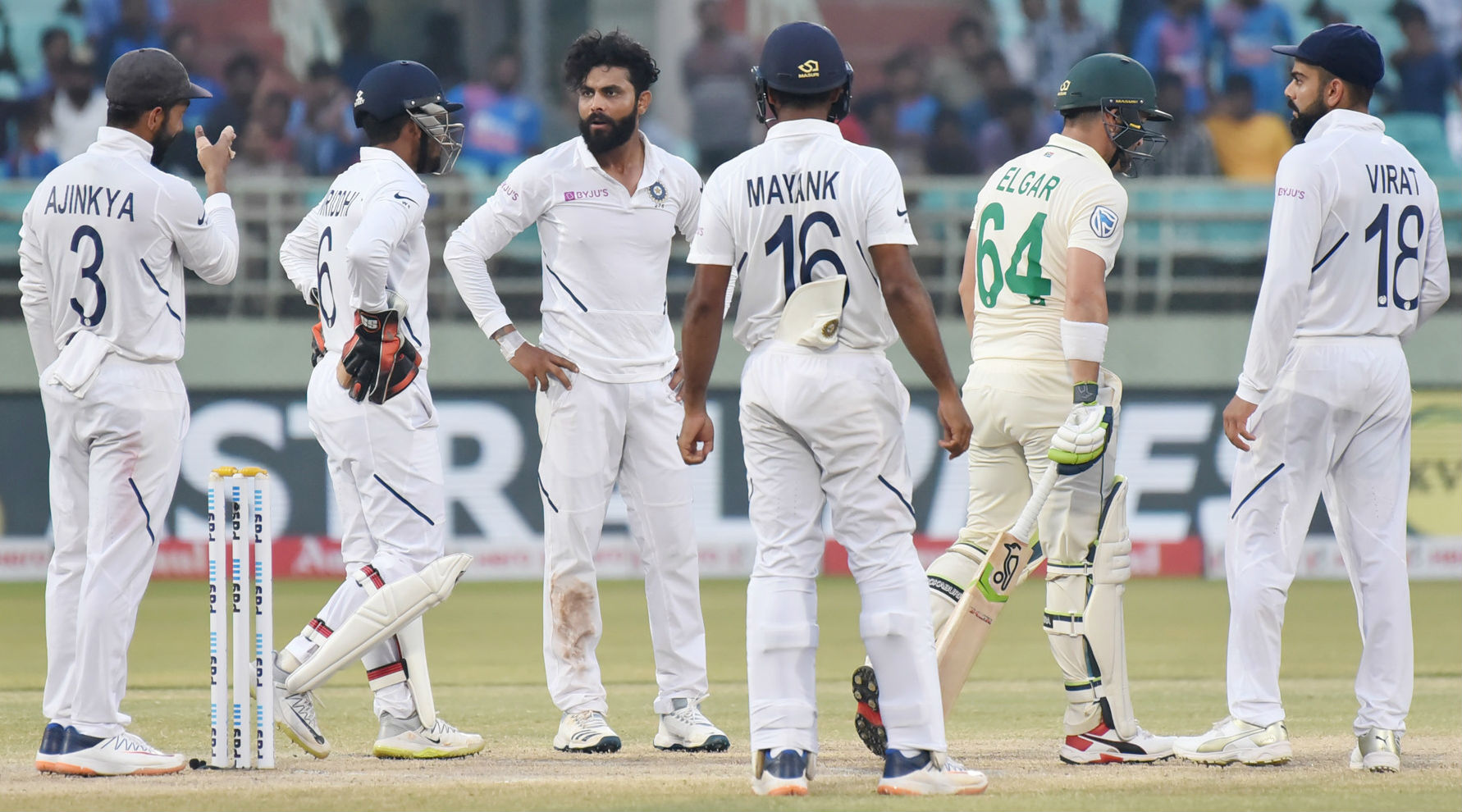 Visakhapatnam, October 6: Pacer Mohammed Shami's fifer helped India win the first Test of three-match series against South Africa by 203 runs here on Sunday. With this win, India has taken a lead of 1-0 in the three-match series. Resuming the day five at 11/1, the Proteas were given a big blow as Theunis de Bruyn was clean bowled by Ravichandran Ashwin. India vs South Africa, 1st Test 2019 Stat Highlights: Virat Kohli & Co. Register Comprehensive Win Over Proteas in a Match Full of Records.

With this wicket, the lanky off-spinner equaled the record of Sri Lankan player Muttiah Muralitharan of being the fastest bowler to reach 350 Test wickets on the fifth day of the first match. South Africa kept losing wickets at regular intervals and was soon found reeling at 60 for the loss of five wickets as Mohammed Shami wreaked havoc.

Ravindra Jadeja then scalped three wickets in his over to torment South African batting line up. The left-handed bowler first dismissed Aiden Markram at 39 and then Vernon Philander on a duck. Keshav Maharaj registered a golden duck as South Africa was reduced to 70 for the loss of eight wickets. IND Beat SA By 203 Runs | India Vs South Africa, Highlights And Cricket Score 1st Test Match.

Dane Piedt and Senuran Muthusamy did not go in their shell and they counter-attacked with a 91 run partnership, but their resistance came to an end as Shami clean bowled Piedt (56). Shami got the final wicket as he dismissed Kagiso Rabada (18), bundling out South Africa for 191 to hand India the victory.India will face South Africa in the second Test match in Pune from October 10.