Lifestyle News | Study: Screening of Parental Depression Has Potential to Identify Families in Need of Support

Get latest articles and stories on Lifestyle at LatestLY. Screening mothers and fathers for depression beyond their child's first birthday in pediatric offices, the current standard practice, could identify families in need of mental health and other critical resources, according to a Rutgers study. 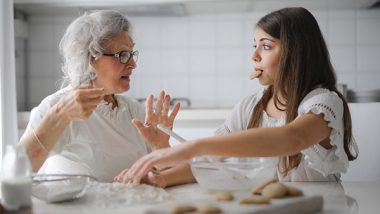 New Jersey [US], July 2 (ANI): Screening mothers and fathers for depression beyond their child's first birthday in pediatric offices, the current standard practice, could identify families in need of mental health and other critical resources, according to a Rutgers study.

"Pediatric professionals can play an important role in detecting parental depression," said lead author Ava Marie Hunt, who performed the research while a student at Rutgers Robert Wood Johnson Medical School and is now a medical intern in the Department of Pediatrics at the Children's Hospital of Philadelphia. "However, the current American Academy of Pediatrics guidelines only recommend that pediatric clinicians screen for maternal depression in the first year of their infant's life. This is especially important for parents who do not have a regular source of health care but attend the children's well visits."

The study, published in the journal Pediatrics, examined parental depression or mood disorder screening at pediatric health-care facilities after a child's first birthday. Parental depression affects about one in five U.S. families. Mothers with depression are at increased risk for insecure attachments with their children and harsh parenting behaviours. In addition, maternal depression has been linked to children's cognitive, behavioural and physical health.

"Although clinicians recognize the importance of screening for depression, many feel uncomfortable and do not screen," said senior author Manuel E. Jimenez, an assistant professor of paediatrics and family medicine at Rutgers Robert Wood Johnson Medical School."Those who do screen for depression often rely on observation rather than using validated screening tools, and often overlook fathers," added co-author Sallie Porter, an associate professor at the Rutgers School of Nursing.

The findings suggest that increased screening for parental depression across a wider age range and in a broader array of clinical settings has the potential to identify families in need of resources. More research is needed to identify best practices to link parents who screen positive for depressive symptoms to services and establish a protocol for follow-up, according to the study.Nila Uthirasamy, a research assistant at Rutgers Robert Wood Johnson Medical School, was a study co-author. (ANI)