Prime Minister Narendra Modi will visit Tamil Nadu and Kerala on Sunday and launch numerous development works that would add speed to fulfilling the vision of Aatmanirbhar Bharat. 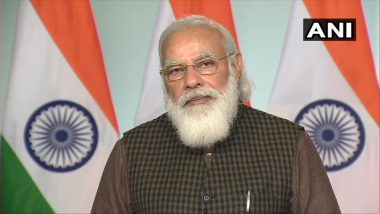 These projects will add crucial momentum to the growth trajectory of these states and help hasten the pace of realising full development potential, read the press release by the Prime Minister's office.

The Prime Minister will inaugurate the Chennai Metro Rail Phase-I extension; the fourth Railway line between Chennai Beach and Attipattu; the Railway Electrification of single line section in Villupuram - Cuddalore - Mayiladuthurai - Thanjavur and Mayiladuthurai-Thiruvarur. He will lay the foundation stone for the extension, renovation and modernisation of the Grand Anicut Canal System.

The canal is important for irrigation in the delta districts. The modernization of this canal will be taken up at a cost of Rs 2,640 crores and will lead to an improvement in the water carrying capacity of the canals.PM Modi will also lay the foundation stone for the Discovery Campus of IIT Madras. The Campus will be built at Thaiyur near Chennai at an estimated cost of Rs 1000 crore in the first phase, over an area of 2 lakh sqm.