This will also help in the identification and upliftment of talent from North-Eastern, rural or tribal areas. 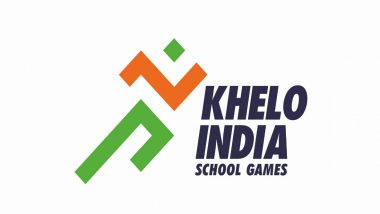 New Delhi, January 4: Union Minister of Youth Affairs and Sports Kiren Rijiju on Monday launched the Assam Rifles Public School (ARPS) in Shillong as a Khelo India Sports School. At present, nine Sports Schools have been approved across the country, out of which five are managed by Defence and Para-military forces.

In the North-East region, Assam Rifles Public School is the first Sports School announced under the Khelo India scheme. The sports ministry, in an official release, said that the government shall now bear the expenses for Talented Sports Students of the school in terms of lodging, boarding, education expenses, competition exposure, insurance & medical, sports training & support, salary of coaches and support staff, sports equipment, and more.

The objective of a Khelo India Sports School is to integrate sports with education and in the process, develop sports in the country and improve the overall profile and outlook of athletes. This will also help in the identification and upliftment of talent from North-Eastern, rural or tribal areas. Sourav Ganguly Health Update: BCCI President Stable, Likely To Be Discharged on January 6, Says Hospital Authorities.

"It is a historic beginning of a journey for the Assam Rifles Public School and this Khelo India sports centre will be nurturing young boys and girls, who will, in the long run, bring medals from the Olympics," Rijiju said in a statement.

The Union Minister also lauded the efforts of Lt. Gen. Sukhdeep Sangwan, Director-General, Assam Rifles, for making several positive changes in the school over the years. "Sport has always been an integral part of this school and they will be producing future champions. I must acknowledge Lt. Gen. Sukhdeep Sangwan for making tremendous changes in this school with the several initiatives taken over the years. The sports school will be an added crown in the achievement of the school and this will be a huge boost to Prime Minister Narendra Modi's vision of making India a sporting powerhouse."

The Assam Rifles Public School was designated as a Khelo India Sports School because of a good track record in academics and sports, adequate boarding and lodging (hostel) facilities, sufficient space to develop sports facilities and inclination to develop Olympic sports under an inter-ministerial partnership between the Ministry of Youth Affairs and Sports and the Ministry of Home Affairs.

The disciplines finalised for the school are archery, athletics, and fencing with total intake strength of 100 athletes (boys and girls in equal ratio) for the first year.