The Cricket Australia Board on Sunday endorsed the appointment of former Australian captain George Bailey as Chair of the National Selection Panel (NSP) to replace the retiring Trevor Hohns. 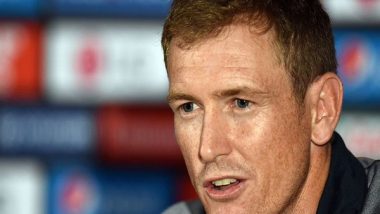 Melbourne [Australia], August 1 (ANI): The Cricket Australia Board on Sunday endorsed the appointment of former Australian captain George Bailey as Chair of the National Selection Panel (NSP) to replace the retiring Trevor Hohns.

"George is a highly respected leader who is now well established on the NSP alongside Justin as the head coach. He has brought recent playing experience with a deep understanding of the game, an open and collaborative style, and a desire to keep improving the selection function. The third-panel member will add to their combined experience as we look for someone who will bring complementary skills along with their own perspective and diversity of thinking," said Oliver in an official statement.

Bailey said he was looking forward to the new role and an exciting period ahead for the Australian men's side with the ICC T20 World Cup, a home Ashes, and away tours to the subcontinent in the short term.

"Firstly, I would like to thank Trevor for his incredible work which has helped shape the success of Australian cricket over a long period, including during my days as a player and captain," Bailey said.

"In what can be a challenging job Trevor has always been calm, consistent, and approachable. Similarly to his journey, he has made my transition from player to a selector as smooth as possible. There is a lot I will take from Trevor's style and very much look forward to the journey ahead," he added.

Hohns stepped back from the role having played an integral part in some of the greatest successes in Australian cricket.

He first joined the selection panel in 1991 having retired from playing after the 1989 Ashes tour and he has since logged an impressive honour roll including World Cups, multiple Ashes wins in England and at home as well as historic away victories over India and Pakistan.

He has presided over the selection of many of Australia's greatest teams including those from the dominant Allan Border and Mark Taylor eras to the world-record-winning Ricky Ponting team which won 21 successive one-day internationals.