American triple jumper Omar Craddock was banned for 20 months over missed doping tests and will miss the Tokyo Olympics and the 2022 world championships in Oregon. 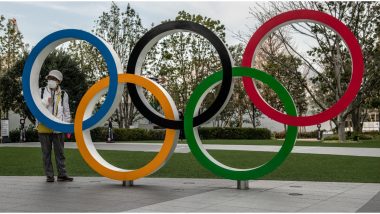 Geneva, May 15: American triple jumper Omar Craddock was banned for 20 months over missed doping tests and will miss the Tokyo Olympics and the 2022 world championships in Oregon.

Lawyers for Craddock argued at a tribunal hearing he had been in a “preoccupied mental state” last year, citing the Olympics being postponed and the murder of George Floyd.

The first violation was in August 2019 when he was the world's No. 3-ranked triple jumper behind fellow Americans Will Claye and Christian Taylor. Craddock leaped a lifetime best 17.68 meters that season.

Craddock was unavailable to give samples in no-notice visits by anti-doping officials in August 2019 and July 2020, and did not update details of where he could be found in June last year.

The tribunal judge said in a published ruling he had “a great deal of sympathy” for Craddock for the June 2020 violation, when the athlete said he was attending Black Lives Matter protests.

However, the third violation was when Craddock faced a possible two-year ban yet made two trips between California and Arizona without updating details where anti-doping officials could find him.

Craddock, a two-time NCAA champion, placed fourth at the 2015 worlds in Beijing. He can appeal against the ban at the Court of Arbitration for Sport.

In other recent whereabouts cases, men's 100-meter world champion Christian Coleman will miss the Tokyo Olympics to serve an 18-month ban, and women's 400 world champion Salwa Eid Naser is awaiting a CAS verdict in her own appeal case. The AIU and World Athletics challenged her acquittal by a tribunal on a technicality.