The project, which comes from Will Smith's Westbrook Studios, Netter Films, and PalmStar Media, will start production in Morocco in September this year, reported Deadline. 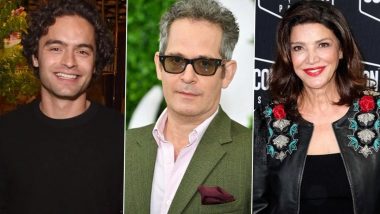 The film adaptation of author Paul Coelho's bestseller The Alchemist will feature actors Sebastian de Souza, Tom Hollander and Shohreh Aghdashloo. The project, which comes from Will Smith's Westbrook Studios, Netter Films, and PalmStar Media, will start production in Morocco in September this year, reported Deadline. "The Alchemist", which was published in English in 1993, follows Santiago, a young Andalusian shepherd in his journey to the pyramids of Egypt, after having a recurring dream of finding a treasure there. De Souza will essay the lead role of Santiago, alongside Hollander and Aghdashloo. Batman the Long Halloween – Part One Movie Review: A Worthy Adaptation of the Classic DC Comic Storyline (LatestLY Exclusive).

The ensemble cast includes Jordi Molla, Youssef Kerkour and Ashraf Barhom. Kevin Frakes of PalmStar Media will direct the film adaptation. He co-wrote the script with Ryan Kreston. "Paulo Coelho wrote it best. When you really want something to happen, the whole universe will conspire so that your wish comes true. Wonder Woman 1984 Star Kristen Wiig to Lead MGM’s Film Adaptation of Chandler Baker’s Novel ‘The Husbands’.

"It has long been my dream to bring this story to the world, and now we can do that in a way that speaks to Coelho's vision, with a cast and crew that represents the global well of support for æThe Alchemist'," Frakes said.

Will Smith and Jon Mone will produce the project through their banner Westbrook Studios, alongside Frakes and Raj Singh for PalmStar; and Gil Netter for Netter Films.