US Constructing Many Hypersonic Missiles, Says Donald Trump While Addressing in White House 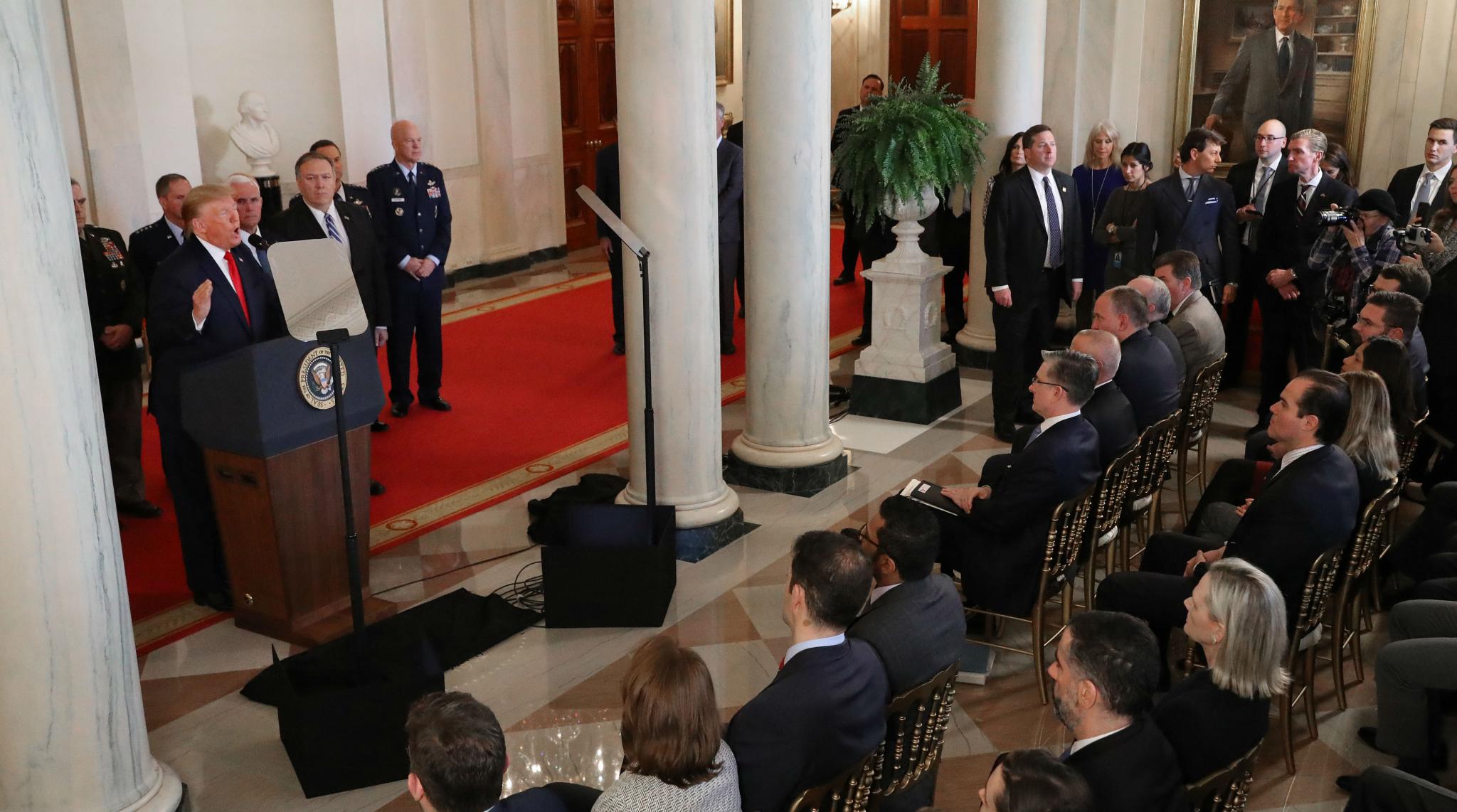 Washington D.C, January 8: The United States is constructing many hypersonic missiles, President Donald Trump said on Wednesday. "We are constructing many hypersonic missiles," the President said in his address to the nation, adding that "we have this great military and equipment, however, does not mean we have to use it. We do not want to use it.

"Iran fired a number of missiles at two Iraqi bases housing US troops on Wednesday local time in retaliation of the American strike that killed the country's top Iranian general Qasem Soleimani last week in Baghdad. Donald Trump Denies Iran's Claim of Killing 80 US Soldiers in Iraq in Missile Attack, Says Will Impose Tougher Sanctions on Iran, Not Worried About Oil Supply.

The killing of Soleimani has marked a dramatic escalation in tension between the US and Iran, that has often been at a fever pitch since Trump, in 2018, chose to unilaterally withdraw Washington from the 2015 nuclear pact the world powers had struck with Tehran.

The President, in his address, assured that no Americans were harmed in last night's attack by the Iranian regime.According to a US defence official familiar with the latest assessment on Wednesday morning, there has been "no major damage" at either base.

The President, meanwhile, further added that as the head of the Quds force, "Soleimani was personally responsible for some of the worst atrocities. He trained terrorists around the region, including the Hezbollah, launching airstrikes against civilian targets. He also directed the recent attack on US personnel that badly wounded four service members and killed one American contractor. He also orchestrated the recent attack on the US Embassy in Baghdad."

"Soleimani's hands were drenched with American blood. He should have been terminated long ago," Trump told the nation, further assuring that that through his killing "we have sent a powerful message to terrorists." Iran's Supreme Leader Ayatollah Ali Khamenei, in a televised address to the nation today, said that Iran gave the US "a slap in the face last night," in reference to the attacks.He added that America had cast Soleimani as a "terrorist," which was "unjust and unfair." Iraq: Pro-Iran Factions Ramp Up Threats Against US After Tehran's Ballistic Missiles Attack on American Troops.

The Islamic Revolutionary Guards Corps (IRGC), an elite wing of the Iranian military, said in a statement that the attacks on Iraqi bases were "hard revenge" for the death of Soleimani.