Get latest articles and stories on World at LatestLY. In a quest to emerge as a global superpower in forthcoming times, Beijing has been at the forefront to grow its media influence in Southeast Asia while putting overseas media outreach in service. 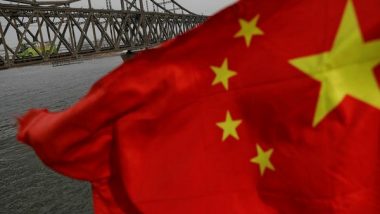 Beijing [China], May 14 (ANI): In a quest to emerge as a global superpower in forthcoming times, Beijing has been at the forefront to grow its media influence in Southeast Asia while putting overseas media outreach in service.

According to a report by Defense One, Xinhua, China's official state media agency has print bureaus in every Southeast Asian country. It is a ministry-level agency directly under the State Council, while the other media organizations operate under the Chinese Communist Party Publicity Department.

Beijing had stepped up its efforts to influence international perceptions about China through the means of expanding Chinese media networks in international markets, new research by the International Federation of Journalists, IFJ0 reveals.

China also airs its media through partnerships and content-sharing agreements with foreign media organizations in the target countries. Such agreements are attractive to Southeast Asian countries in part because they provide free content for local media to use.

While the communist nation supports various journalistic associations such as the Thai-Chinese journalists' association, ostensibly to promote understanding and good relations between Chinese and foreign journalists, it additionally seeks to use its overseas media outreach to win influence and whitewash China's abuses against human rights and democracy, downplaying its responsibility for COVID-19, instead of boosting accomplishments such as poverty alleviation and vaccine development, The Defense One reported.

This suggests that China could adopt an information-warfare approach more along the lines of Russia's, seeking not so much to be loved but to degrade competing powers, the report stated further.

For Beijing, media engagement and influence is not a new strategy, as it has always remained a popular tool deployed by many major powers globally. But contrary to its international peers, China's outlook is idiosyncratic and incalculable. (ANI)