The document also showed that she had been buried. The certificate was used by her children to claim two life insurance policy payouts worth USD 1.5 million (approximately 23 crore Pakistani Rupees), the official said. 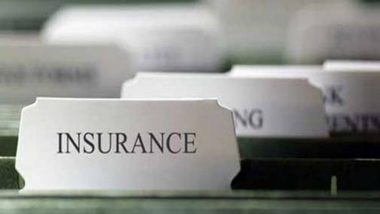 Karachi, December 4: Pakistani authorities have launched an investigation after a woman fraudulently got herself declared dead and claimed two life insurance policies worth USD 1.5 million.

According to an official of the Federal Investigating Agency (FIA), which is looking into the case, Seema Kharbay travelled to the US in 2008 and 2009, and bought two hefty life insurance policies in her name. Also Read | Bahrain Approves Pfizer-BioNTech’s Vaccine Against COVID-19 For Emergency Usage, Becomes 2nd Country After UK.

In 2011, she bribed some local government officials in Pakistan including a doctor and got a death certificate issued in her name. The document also showed that she had been buried.

Kharbay, after being declared dead, travelled at least 10 times abroad from the Karachi International Airport, apparently under assumed identities with none of the airlines being able to detect the fraud.  Also Read | NASA Awards $1 Contract to Colorado-based Lunar Outpost For Collecting Rocks From Moon’s Surface.

“She visited some five countries, but every time she returned home,” the official said. The FIA human trafficking cell has now registered criminal cases against the woman, her son and daughter and some local government officials, including a doctor. “The American authorities alerted us about this woman and we started investigation into this large-scale fraud,” the official added.