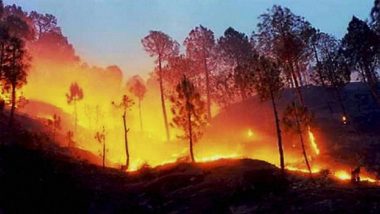 Ankara, August 2: The death toll from the wildfires in Turkey has increased to eight, while the number of injured now stands at 864, Health Minister Fahrettin Koca said on Sunday. The previously reported casualties included six people dead and 410 injured.

"We have a total of seven fatalities due to the fires in Manavgat [the Antalya province] ... We have one fatality in Marmaris," Koca tweeted.

Earlier in the week, forest fires broke out in the Mediterranean and Aegean regions of Turkey. The country has recently put out 107 wildfires, according to Minister of Agriculture and Forestry Bekir Pakdemirli.