America’s Boldest Real Estate Investors The Partnership of SHVO, Deutsche Finance, and BVK Have Invested Aggressively Through The Pandemic

One year ago, as the Covid-19 pandemic spread across the globe, equities markets collapsed as panic and uncertainty set in. The real estate market was hit especially hard, as lending temporarily dried up and in-person property tours became impossible. 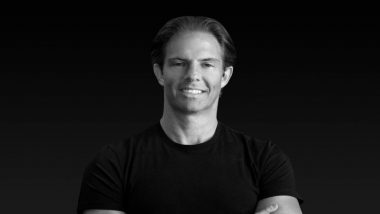 One year ago, as the Covid-19 pandemic spread across the globe, equities markets collapsed as panic and uncertainty set in. The real estate market was hit especially hard, as lending temporarily dried up and in-person property tours became impossible. Even as it became clear that the world might avoid the worst-case economic scenario, commercial real estate was plagued by a pricing crisis: so few transactions were being completed that buyers and sellers struggled to make sense of valuations. In this climate of confusion and fear, the vast majority of institutional real estate investors took a conservative approach.

One dramatic exception was the partnership of SHVO, the high-end real estate investor/developer, and Deutsche Finance, which includes the legendary German pension fund Bayerische Versorgungskammer, known as BVK. In the past two and a half years, this partnership has acquired nine ultra-high end properties across the United States. These include the “Big Red” tower at 333 South Wabash in Chicago; the former Coca-Cola Building at 711 Fifth Avenue and 530 Broadway in SoHo; the historic Raleigh, Richmond, and South Seas Hotels in Miami Beach; as well as 9200 Wilshire in Beverly Hills and 685 Fifth Avenue.

Most recently, the SHVO/Deutsche Finance/BVK group announced the jaw-dropping acquisition of the legendary Transamerica Pyramid in San Francisco in the largest real estate transaction during the pandemic (which they acquired at a discount to pre-pandemic pricing).

When asked about his aggressive investment strategy at a recent conference, Shvo backed up his market confidence with data showing the likelihood of a rapid post-pandemic rebound. “I think we’re going to see a very strong comeback of the economy,” Shvo said. “We need to look at the most basic fact, which is the personal savings rate in the United States. If you look at numbers from 2015 and on, the personal savings rate was somewhere between seven and eight percent. In April of this year, it peaked at 33%, and the last number I’ve seen for 2021 is almost 14% in the U.S.—that’s double the average over the past decade. People want to spend money.”

The partnership has a laser-sharp focus on iconic properties in irreplaceable locations, which the group believes are actually the most recession-resistant investments that perform well in both up and down markets. Shvo, who was previously a high-end realtor and marketer, is frequently described by industry colleagues as a visionary who is the first to spot trends and reimagine spaces.

In a recent profile, Deutsche Finance executive partner Sven Neubauer describes Shvo as “a valuable and trusted partner with a keen eye for adaptive reuse of historic buildings.”

While more aggressive investors question the future of big cities in the post-pandemic world, Shvo and his partners are confident. Betting that “human nature is to be together,” Shvo sees a massive uptick in tourism and a desire for people to enjoy the cultural experiences – vacationing, eating at restaurants, visiting museums – that give our lives meaning.

While the bet on high-end urban real estate may be bold, the data offers support for it. Unlike previous recessions, the equities markets are strong and household savings at record highs, there is plenty of disposable income – what investors call “dry powder” – ready to be deployed once it is safe to do so.

As people return to offices and with a renewed connection to their homes, SHVO, Deutsche Finance, and BVK believe they will deliver unique value in a post-pandemic world. “There will be a huge uptick in demand for everything from goods to real estate, to service and travel,” says Shvo.

Historically, Shvo’s bold bets on the future have paid off spectacularly well. If the past is prologue, investors in SHVO, Deutsche Finance, and BVK are in a historic position to benefit from these strategically timed investments.