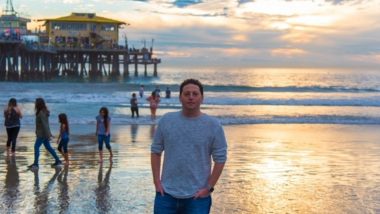 Napolean Hill once said, "Opinions are the cheapest commodities on earth. Everyone has a flock of opinions ready to be wished upon anyone who will accept them. If you are influenced by "opinions" when you reach DECISIONS, you will not succeed in any undertaking."

It's a quote that has long resonated with Dr. Ari Bernstein, MD, and you could say it's one which the 41-year-old from Long Island, New York, lives by.

When asked, the doctor is the first to admit he learned the inherent truth behind the quote the hard way, and explained, "Something that stayed with me from childhood is a lack of encouragement. It seemed as if people tried to limit my potential by telling me what I couldn't do, and so I made it my goal to prove to the world what I could do and help others do the same."

It turned out that what Dr. Ari 'could do' was demonstrate a natural affinity with the fields of medicine and science.

"I found my true calling early on," explained the doctor. "As a young child, I attended programs at Cold Spring Harbor Laboratory and science summer camp, and I knew instinctively what I wanted to do for the rest of my life."

After studying pre-med and psychology at Long Island University, Dr. Ari went on to finish his medical schooling at St. George's University and completed his internal medicine residency at NewYork-Presbyterian Queens.

Finally, in a position to give something back, and in particular, encourage and mentor other aspiring medical professionals, Dr. Ari remains passionate about using his knowledge and experience to make an impact on the lives of others.

The doctor explained, "During my college years, I volunteered at the Cold Spring Harbor Laboratory, where they were working on the Human Genome Project. I was also lucky enough to benefit from helping out a postdoctoral fellow at Columbia University College of Physicians and Surgeons in a genetics lab. The lessons I learned proved invaluable, and the encouragement I was given proved priceless. I am keen to help others realize that they should never let people pigeon-hole them and tell them what they can't do because I believe you can pretty much do anything if you set your mind to it and are willing to put the work in."

As a keen advocate of self-development, it is somewhat surprising that Dr. Ari Bernstein couldn't work for five years because of health issues. The issues were only eventually fixed after four separate surgical procedures, the implantation of a spinal cord stimulator, and bucketfuls of self-belief.

The doctor revealed, "You could say my passion for medicine and helping others is what saved me. The odds of me making a full recovery were completely against me, but here I stand, and here I am. Through perseverance and self-belief, I bounced back, and my sole goal is to help others realize that nothing is impossible."

As the good doctor's story proves, everyone in life at some point either needs or has the opportunity to lend a helping hand. Stepping up to the plate when it's your turn is what makes the world go around. As Anne Frank once wrote, "No one has ever become poor by giving."