Electric Vehicles at 'Happy Cities Summit' at Amaravati: Know Everything About Battery-Operated Cars and Scooters 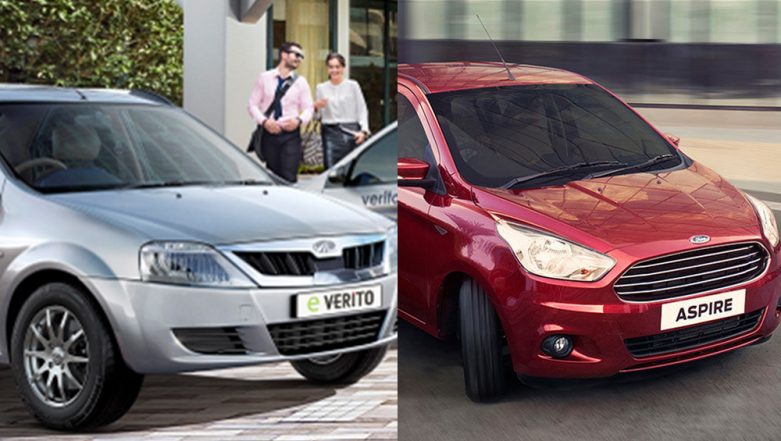 Amaravati, April 11: Electric cars and electric scooters on display at 'Happy Cities Summit' here are grabbing the eyeballs of scores of visitors. In an initiative to tackle the growing level of pollution, these battery-operated vehicles are among the favourites of the people coming here. Tata Motors has also put its latest electric car Tigor EVC on display. The car has around 72 volts battery capacity and runs an average of 100 km once the battery is charged.

It takes about eight hours to charge with AC power source and can be fully charged in just 90 minutes with DC power source. The cost of this car is almost Rs 11 lakhs. On the other hand, Mahindra & Mahindra has put 'e-verito' car on display to attract the visitors. The Mahindra's car, too, has similar features but costs almost Rs 12.5 lakh.

Andhra Pradesh Chief Minister N. Chandrababu Naidu and Isha Foundation Founder Sadhguru Jaggi Vasudev had inaugurated the three-day summit at a private convention centre in Mangalagiri town of Amaravati. About 1,000 delegates from India and abroad are taking part in the summit, which will end on Thursday.