Jessica Bartlett Adds an Elite Element to Subscription Based Platforms With COY Co.

Exclusive content was more profitable than partnering with a brand, so why let someone capitalize on your likeness, when you can capitalize on yourself? This was the cornerstone on which Bartlett built her very own platform, COY Co. 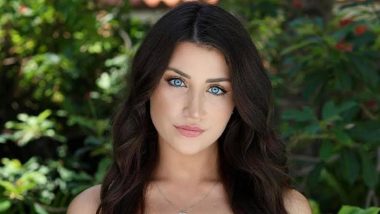 Jessica Bartlett
The digital age has been a game changer for many entrepreneurs since its inception, as they look for different avenues to monetize via the internet. From leisurely posts, to showcasing everything from their new clothing to their favorite activities, social media has become a powerful force in growing an individual's image. Once these individuals started garnering hundreds of thousands of likes and followers, people and brands started taking notice of this phenomenon, where an individual could become a self-made entrepreneur that capitalizes on their likeness. Subscription based platforms have started growing with an overwhelming pace, and one entrepreneur has been able to largely monetize her success on the rise of such platforms.
Jessica Bartlett is that entrepreneur, with over 1 million followers on Instagram, she began to see the striking capabilities to profit off the large following she had amassed. Bartlett realized that she could make a substantial amount of money via brand sponsorship and partnerships with various companies, however, there was something missing from this concept that she believed other fellow influencers were also aware of. Why promote someone else’s brand or service, when she could create a platform for herself to engage her followers and capitalize on herself? When Bartlett realized this, COY Co. was born.
Bartlett noticed that influencers like herself began to see value in formulating a brand based off themselves, as opposed to using their social media success for the benefit of others. Exclusive content was more profitable than partnering with a brand, so why let someone capitalize on your likeness, when you can capitalize on yourself? This was the cornerstone on which Bartlett built her very own platform, COY Co.
Bartlett’s platform gives influencers the control to create various content, so long as it offers more value than their loyal followers can find on Instagram. Bartlett emboldens her fellow influencers to make full utility of her platform, and “Capitalize on You”. Coy Co. distinguishes itself from sites like OnlyFans and Patreon, where the influencers aren’t perceived as sex workers, but rather elite influencers who have worked hard to amass a following- Bartlett also has a requisite component to her site that the influencers have to have a certain number of followers to be considered for her platform. Another great element of the platform is that it has safeguards in place to shield the influencers from content leaks, as well as legal support. Any leaked content is instantly removed from the site within a span of 24 hours.
With the necessary safety measures on Bartlett’s platform, influencers are free of any potential concern or stress, as they are free to solely focus on creating exclusive content that their loyal fan base can appreciate, content that goes well beyond what they would see on Instagram. COY Co. also provides influencers with valuable components like aiding with the organization of monthly photo shoots, top notch production, paid marketing and media campaigns, among other things. Bartlett knows the industry inside and out, and her platform is well on its way to becoming the most popular option when it comes to premium subscription content.
To get more information about COY Co., visit their Instagram page @thecoyco or their website at www.thecoyco.com

(The above story first appeared on LatestLY on Dec 10, 2020 05:11 PM IST. For more news and updates on politics, world, sports, entertainment and lifestyle, log on to our website latestly.com).