Meet Sebastian Cetina, Riding High on Success as an Extremely Passionate and Truly Talented Stand-Up Comedian and Artist from the US

He has also earned it big as a host, actor, impressionist and producer, changing the dynamics of the entertainment space for the better with his versatility. 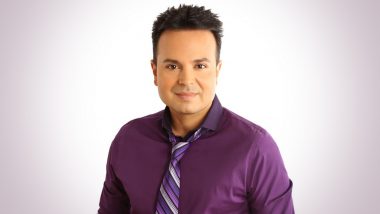 He has also earned it big as a host, actor, impressionist and producer, changing the dynamics of the entertainment space for the better with his versatility.

It is very surreal to know and learn about all those people who have tried to put every possible effort into turning their dreams into reality. It takes guts and courage to listen to what the heart seeks and take pertinent actions to make a fruitful career in the same. The entertainment industry is a world of its own, which has so far welcomed many talented beings. We came across one such high-performing and uniquely talented artist named Sebastian Cetina, who has already made it huge as a stand-up comedian of America, known for his incredible sense of humour and considered the funniest of them all.

Sebastian Cetina, who has given more than 25 years to the entertainment industry of America, has also made his name prominent as an actor, host, impressionist and producer. He is the man who headlines the Comedy Clubs across the US. He has to his credit exceptional performances in the most well-known venues of LA like the Microsoft Theater, the Honda Center and The Greek Theater. Sebastian Cetina has earned great momentum as a talented host for the last 17 years. This funnyman is currently working for an all-new televised show, a one of a kind Latin-based Sketch Comedy Show in nearly three decades.

It takes years to create a unique place for oneself in their chosen industries, but when one works with a clear aim in mind, nothing or nobody can stop them. Sebastian Cetina, who worked upon his talent each day and went ahead to do innumerable TV appearances on multiple stand-up comedy shows and films and thrilled people with his talent and magnetism. He has performed on various renowned shows like Comic View, The Latino Laugh Festival, Locos Comedy Jam, and Que Locos.

Sebastian Cetina is also known for never repeating his performances; he never does a show twice. He has the innate talent to create comedy material and can even do a 90-minute show, with his improvising skills, which can lead to non-stop laughter and cracking up everyone in front of him. He has his own unique style, which gives audiences a unique experience with each of his shows and appearances. Sebastian Cetina exudes a strong charm and appeal that impresses people from all age groups, genders and ethnicities and has the talent to do hundreds of different original characters, accents and impersonations.

He is an effortless stand-up comedian, impressionist and host who can bowl over audiences with his impressions of almost any actor, singer, athlete, political personality, cartoon character and talk-show host. His spontaneity and passion for entertaining people with his unique talent have risen him to the top of the entertainment game. To know more, do follow him on Instagram @funnyseb.