Arjun Rampal: Many In This Country Don't Get Justice As They Don't Have Access To A Good Lawyer!

Arjun Rampal opines that there is nothing wroth with our legal system or the judiciary but there are lawyers who can use their expertise and cases can turn easily is what he has learned from portraying a high profile lawyer in his recent courtroom drama Nail Polish. 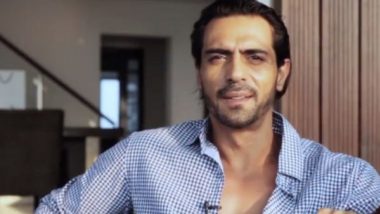 In his recent outing titled Nailpolish, a Zee 5 original, Bollywood heartthrob Arjun Rampal plays a defense lawyer who enjoys an esteemed reputation with prolific work experience. Rampal plays senior advocate Sid Jaisingh who can turn the tables by using the web of laws. He truly believes that the accused who has apparently murdered 38 small children (played the ever so versatile by Manav Kaul) is innocent. Rampal, who is completing 20 years in Bollywood this year is only glad to have bagged the interesting part.

Having played this interesting and intriguing part, has Rampal come to believe that justice does happen with the way the judicial system operates or does he think that a lot of work needs to be done for the system to reach absolute perfection? "It depends on the perspective in the end. It really depends on how good a lawyer is or how good a judge is. A lot of people in our country don't get justice, unfortunately, because they don't have the much-needed access to a good lawyer. In my opinion, we can strike a balance if the top 10 percent of lawyers can provide a defense to those who really deserve it." maintains Rampal. Arjun Rampal Praises Nail Polish Co-Star Manav Kaul, Says ‘Acting with Him Gave Me Goosebumps’

"There are lawyers who can use their expertise, and cases can turn easily by using the law is what I have learned from portraying a lawyer in Nail Polish." he added. The 45-Year-old had no qualms in admitting the fact that he was not exactly ready to play this complex role. "No way I was going to say yes to play this role even if the makers of Nail Polish kept stressing that this role was tailor-made for me." he recollects. Bollywood Drug Probe: Arjun Rampal Squashes Rumours Of Being Out Of Country; Calls News Channels 'Travel Agents'

"But in the end, I thought it was bizarre as I kept questioning myself: how could I get my head wrapped around this drama and switch from the headspace I am in (on the home front) to that headspace where I am required to play this lawyer! I have a small baby now in real life and here I am, need to ready myself to play a person who has come to help an accused with serious charges of killing 38 children pressed against him in the reel life!" elaborates Arjun.

(The above story first appeared on LatestLY on Jan 08, 2021 04:25 PM IST. For more news and updates on politics, world, sports, entertainment and lifestyle, log on to our website latestly.com).