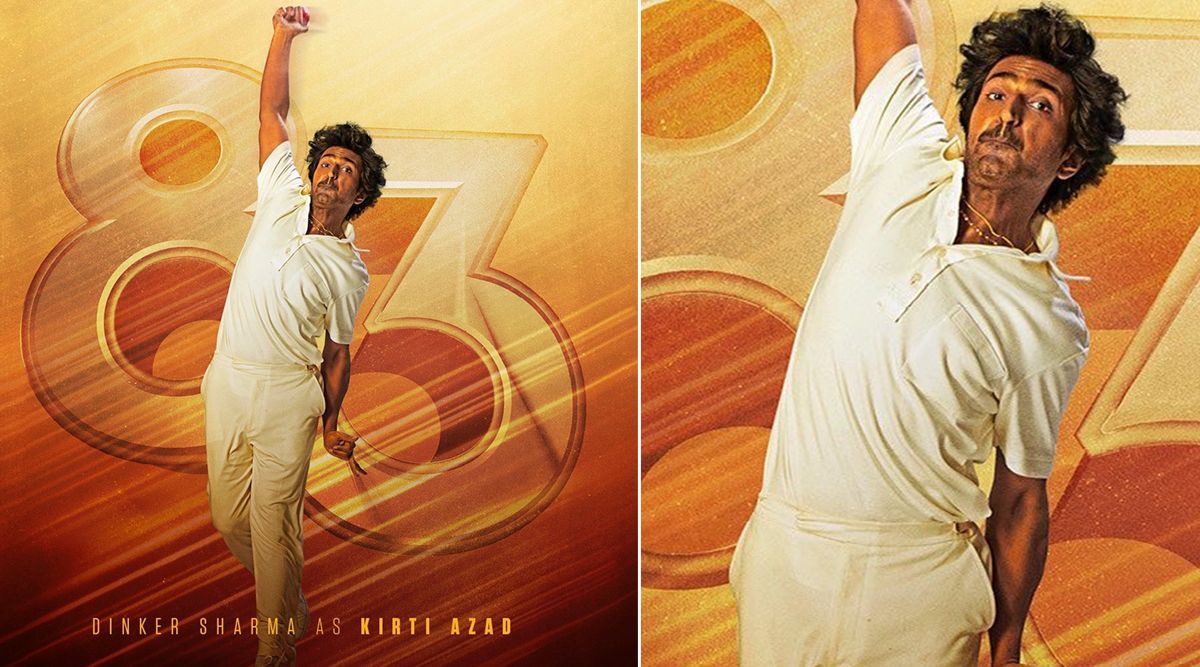 Dinker Sharma is the ‘Shararti Devil’, Kirti Azad! Yes, Sharma is going to portray the role of politician and former cricketer, Kirtivardhan Bhagwat Jha Azad. Kirti Azad is the son of former Chief Minister of Bihar Bhagwat Jha Azad. Kirti was known to be an all-rounder, aggressive right-hand batsman and a quick off spinner of the Indian cricket team. And now we’ll get to see Dinker Sharma playing his role on the big screen, in 83 The Film, directed by Kabir Khan. 83 The Film: Chirag Patil to Play the Role of ‘Mumbai Ka Sandstorm’ Sandeep Patil, Actor Excited To Portray His Superhero on the Big Screen.

This is the sixth character poster revealed by the makers of 83 The Film. While sharing the poster they captioned it as, “An all rounder who left some of the best batsmen puzzled Presenting the shararti devil- #KirtiAzad #ThisIs83”. In this poster, Dinker is shown in the best form and we just can’t wait to see him in the film. If you haven’t seen his look yet, you must check it out now! 83 The Film: Jatin Sarna Impresses as the 'Badam Shot' Inventor Yashpal Sharma on the New Poster (See Pic).

83 The Film is based on team India’s historic win in the 1983 World Cup against West Indies. Ranveer Singh would be playing the role of Kapil Dev. The makers have unveiled the character posters of other actors who would be seen playing a key role in this sports drama. It includes Tahir Raj Bhasin as Sunil Gavaskar, Jiiva as Krishnamachari Srikkanth, Saqib Saleem as Mohinder Amarnath, Jatin Sarna as Yashpal Sharma and Chirag Patil as Sandeep Patil. 83 The Film will hit the screens in April this year.