Hansal Mehta was puzzled when he realised Aftab Shivdasani had blocked him on Twitter. We shared similar thoughts of coure and it seems, the actor too was baffled. Now we can confirm that Aftab has unblocked the director. 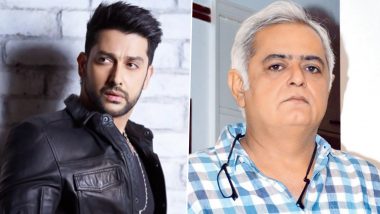 In February this year, Hansal Mehta tweeted 'Oink?' while sharing a screenshot of Aftab Shivdasani blocking him on Twitter. That baffled not only the director but us too. We just couldn't figure what could have prompted the Masti actor to take such a step. Later when someone got in touch with the actor, he too sounded bewildered. Now we know the actor has unblocked the director on Twitter but wants to have a chat with him on Whatsapp instead. Aftab Shivdasani Blocks Hansal Mehta On Twitter And The Filmmaker Has No Idea Why

After Mehta wished him on his birthday yesterday, Aftab wrote, "Ha ha sirrr!! thank you so much, shall we try WhatsApp the next time?" So all is going well there. Hopefully, they will laugh it off as an aberration.

IANS had reached out to Aftab to get his side of the story. He said, "I wasn't even aware of this. I have a lot of respect for Hansal sir so I don't know how this would have happened!" We are so glad it was just an aberration and not something real. Twitter is filled with hate, this thus comes as refreshing news.

(The above story first appeared on LatestLY on Jun 26, 2020 01:40 PM IST. For more news and updates on politics, world, sports, entertainment and lifestyle, log on to our website latestly.com).