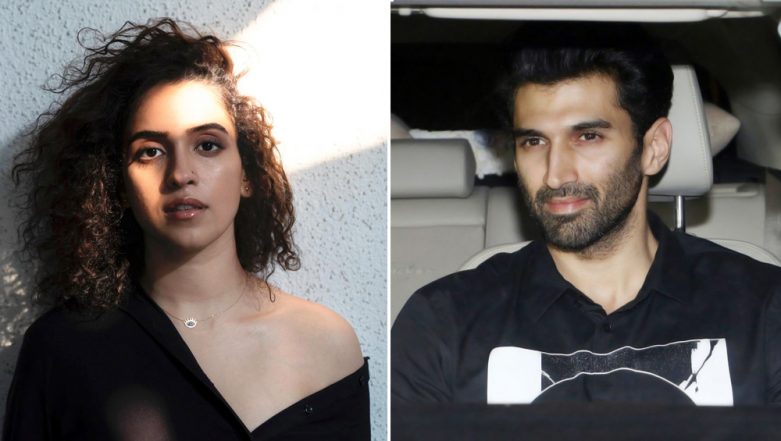 Sanya Malhotra seems to be on a signing spree. After tasting success with her first two Bollywood projects namely Dangal and Badhaai Ho, Sanya Malhotra will be next seen with Nawazuddin Siddiqui in Photograph. Not just this, she's also in talks with Anurag Basu to star in the sequel of Life in a Metro with Aditya Roy Kapur. Yes, as per a report in DNA, Sanya was approached by Basu to star in his next and if all goes well, she'll even start shooting for it by this weekend. This will be her first collaboration with Aditya and Basu and we are excited to see what she has to offer in her next multi-starrer. Dangal Actress Sanya Malhotra Wants to Take a Break From Movies to Learn Tap Dance.

The sequel to this 2007 release already has Rajkummar Rao, Fatima Sana Shaikh, Abhishek Bachchan and Aditya Roy Kapur in four different stories threaded into one narrative. And Sanya is the latest name to join this coveted list. A source close to this leading daily said, “Sanya Malhotra will play the female lead in Aditya’s story. The makers were scouting for a younger face and chose her. She loved the film’s concept. It’s a funny love story. They wanted an actress with good comic timing. Anurag liked her performance in Badhaai Ho (2018) and is now keen  on starting the shoot with her.” Since the movie also stars her best friend, Fatima, do they have any scenes together? Well, sadly the answer is no since the story doesn't demand that. Famous Sexpert Calls Ayushmann Khurrana Immature As Sanya Malhotra Laughs On in This Funny Video.

Recently we also read reports of Aditya Roy Kapur coming on board for Mohit Suri's next with Disha Patani. After Kalank and Anurag Basu's next, Aditya is finally taking his Bollywood career very seriously and is keen on signing all the interesting projects. Let's hope he picks the ones that only boost his career further.