Baaghi 3 has underscored in terms of day 1 occupancy at the box office. It is far lower than what the second film had recorded. 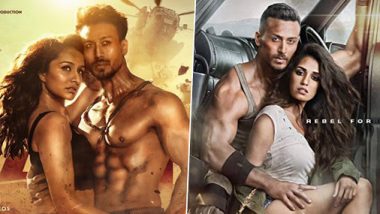 Since the time the trailer of Baaghi 3 hit the marquee, Tiger Shroff and Shraddha Kapoor's film has received all kinds of reactions. Good, bad, ugly aside, many still believed the film will open to great numbers and might go ahead of Baaghi 2. But film's chances at the box office has already been compromised. The third film in the franchise has open to much lesser occupancy when compared to the second installment. Baaghi 3 opened with 30-35% occupancy while Baaghi 2 had recorded 55%. Baaghi 3 Special Screening: Varun Dhawan, Tara Sutaria Step Out To Cheer for Tiger Shroff-Shraddha Kapoor’s Action Film (See Pics)

Baaghi 2 obviously had the Good Friday advantage back in 2018 which helped it gain a lot of momentum at the box office from day 1 with 3500 screens. But Baaghi 3 has released in more number of screens and given the buzz of the film, trade was hopeful of a far better opening. It will surely not topple Baaghi 2's day 1 number and will wrap up the first day somewhere around Rs 17-18 crore.

Baaghi films have always been mass center content that helps it gain maximum money. But Fox Star Studios insistence on signing a deal with single screens for their Laxmmi Bomb starring Akshay Kumar has kept many of them away from screening the film in their theatres. That has definitely affected its first-day footfalls. It remains to be seen if this decision by the makers further affects Baaghi 3's outcome or not. Also, the coronavirus scare is keeping away from theatres too.

(The above story first appeared on LatestLY on Mar 06, 2020 01:37 PM IST. For more news and updates on politics, world, sports, entertainment and lifestyle, log on to our website latestly.com).