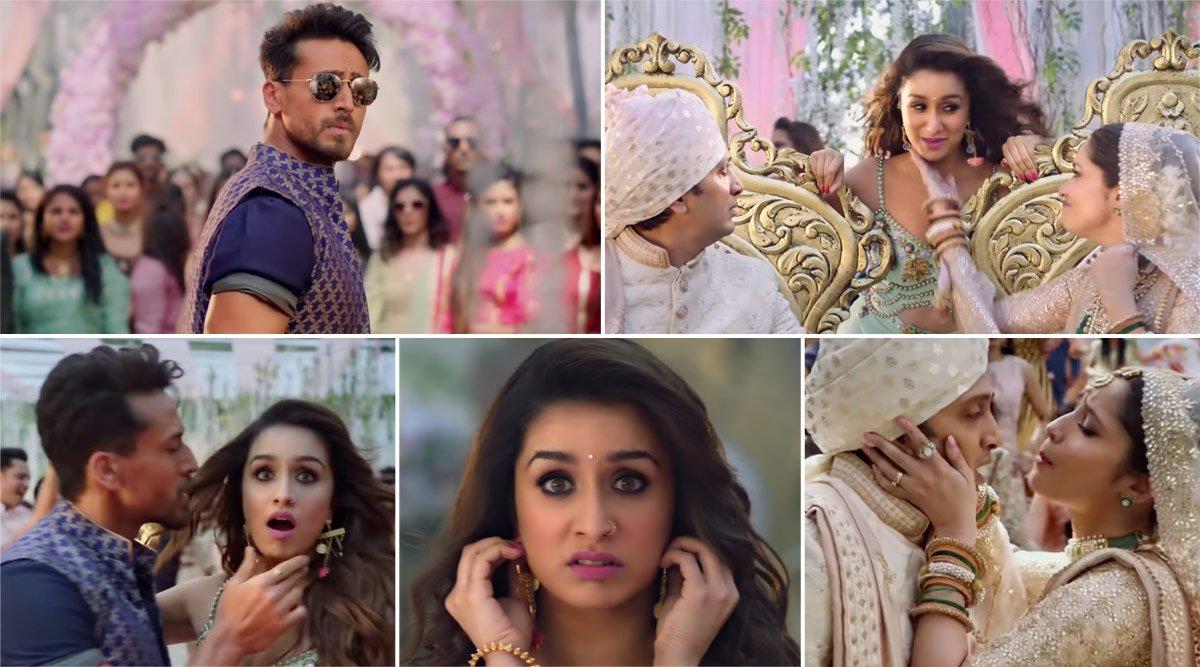 After Dus Bahane 2.0 the makers of Tiger Shroff and Shraddha Kapoor's Baaghi 3 recreate Jeetendra and Sridevi's old classic, Bhankas for the next instalment of this action franchise. Though it's essentially a wedding song and is picturised during Riteish Deshmukh and Ankita Lokhande's on-screen wedding, the revamped version is very atypical. Which means, this isn't a stereotypical 'shaadi wala gaana' and there's a lot of 'Tapori dance' choreography in it. Sung by the very legendary Bappi Lahiri with Dev Negi & Jonita Gandhi, Bhankas is composed by the current favourite, Tanishq Bagchi - who's known for recreating classics these days. Baaghi 3 Song 'Dus Bahane' Funny Memes Take Over Social Media as Twitterati Mock Tiger Shroff-Shraddha Kapoor's Remix Track With Hilarious Jokes.

Tiger Shroff and Shraddha Kapoor bring the fun element to this song with their super fun steps and they even make it enjoyable. Though we aren't personally a fan of remixes and recreating old classics, Bhankas gets our vote of appreciation simply for its choreography and the fact that they have retained the magic of the original. The only thing that we'd like to criticise about the song is Shraddha's choice of pink boots! Why pick pink on a green outfit? Someone, please explain to us this. Baaghi 3 Trailer: Tiger Shroff-Riteish Deshmukh's Actioner Gives Major Dejavu Feels of War, Tiger Zinda Hai and Phantom!

Check out the Track Here

When Mumbai Mirror got in touch with Bappi Lahiri, the veteran singer revealed his enthusiasm for singing his own song, 35 years later. He said, “Thirty-five years ago, I created “Ek Aankh Maaru Toh” for Jeetendra and Sridevi and it got me a lot of love. Indivar ji wove it in beautifully. It was Sajid Nadiadwala’s (producer) idea to get the iconic track back as he believes the song can be a superhit again. Given that Varun (Dhawan) and Alia’s (Bhatt) Tamma Tamma worked big time, I am sure this one with Tiger and Shraddha will also do wonders because my songs from the '80s are relevant even today." Baaghi 3 is scheduled to hit the screens on March 6, 2020.